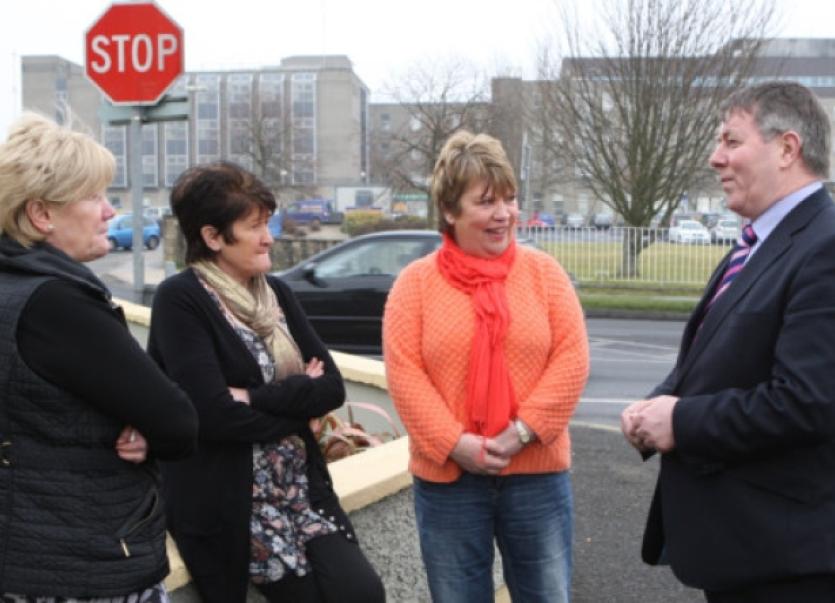 Parking charges have increased to 3 euro for four-hours parking.

Anne Marie Scanlon from Oatfield Terrace, which is opposite the hospital, said she fears the increase will lead to more parking by people using the hospital.

Local residents formed a committee to deal with the issue but the situation has not improved and a ‘no parking’ sign they erected disappeared, she said. “From now on people are not going to pay 3 euro,” she said. “It is an awful expense if you are paying it every day.

“Since the car parking trouble started we have had a lot of bother.”

The Health Service Executive has said no part of the increases to parking charges at the Hospital will go to the car park operator.

A local councillor has expressed concern at the increases which has seen the charge for four hours parking rise from 2.50 euro to 3 euro.

The 24-hour charge has increased from 5 euro to 6 euro.

Cllr. Gerry McMonagle criticised the price increases for patients and people visiting relatives. He said the move will lead to an increase of parking at housing estates surrounding the hospital and more inconvenience for those residents who live nearby the hospital.

In a statement the HSE said the increase is the first in four years and “reflects the need to fund the on-going car park developments and maintenance without utilising the budget allocated to the hospital”.

Hospital General Manager Seán Murphy said: “No element of this price increase will be paid to the car park operator.

“The total income from these charge increases will be made available to the hospital.”