Abbey VS student is finalist in The Gathering Film Competition 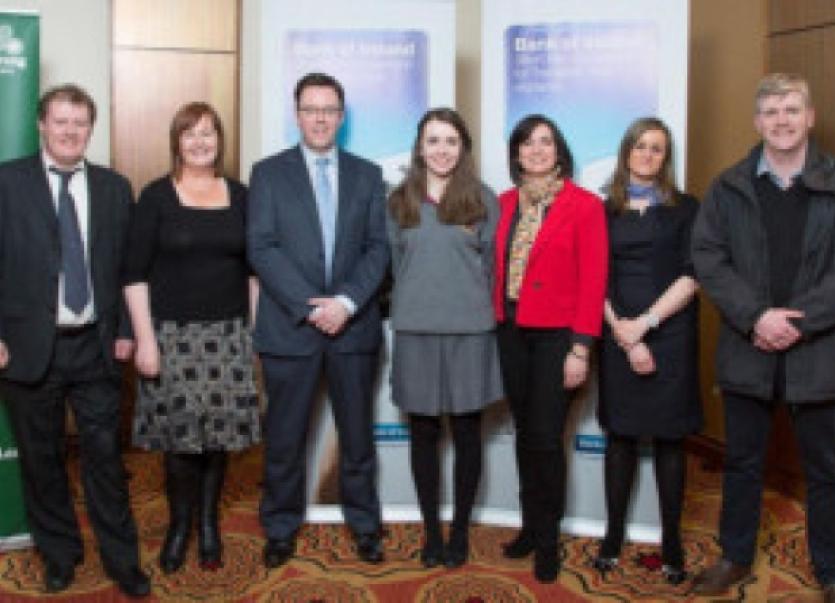 Bébhinn Naughton, a 15-year-old transition year student in Abbey Vocational School, is one of just five national finalists in a competition organised by The Gathering and she’s loooking for your support.

Bébhinn Naughton, a 15-year-old transition year student in Abbey Vocational School, is one of just five national finalists in a competition organised by The Gathering and she’s loooking for your support.

The student, with the assistance of art teacher John Daly, made a 3-minute film called Hearts Like Mountain. Principal Emmanuel McCormack says the film: “promotes Donegal Town in a manner that any professional marketing company would be very proud of.”

He adds: “ She captures it all in 180 seconds of action, wonderful scenery and includes contributions from some very well known personalities such as Noel Cunningham, Mickey Joe Harte, Ernan McGettigan, Brian Ormond and, of course, sports star, Karl Lacey.

“She has shown wonderful talent, enthusiasm and commitment in putting this short film together with no formal training in film production.”

On March 6, Bébhinn represented the Abbey Vocational School at the Regional Final in the Clarion Hotel, Sligo after being shortlisted from 29 entries. She now proceeds to the national final in Dublin where she will not only represent Donegal but also her region of eight counties.

She’ll introduce her film at a gala event in the former House of Lords, College Green on March 21.

The top prize in the competition, which is run in association with Bank of Ireland, is 1,000 euro for the student plus 400 euro for their school.

Mr McCormack said: “The staff and students at our school are very proud of what Bébhinn has achieved so far in this competition and we wish her the very best of luck in the final.”

The winner will be decided by a combination of judging panel’s decision and public vote, so please support Bébhinn by having a look at her film and voting for her.

To vote, got to www.youtube.com/bankofirelandgroup and click on “The Gathering Ireland 2013 Short Film Competition” or go directly to http://www.youtube.com/watch?v=eA1aGgG2xg0. Voting ends at 1pm on March 21.