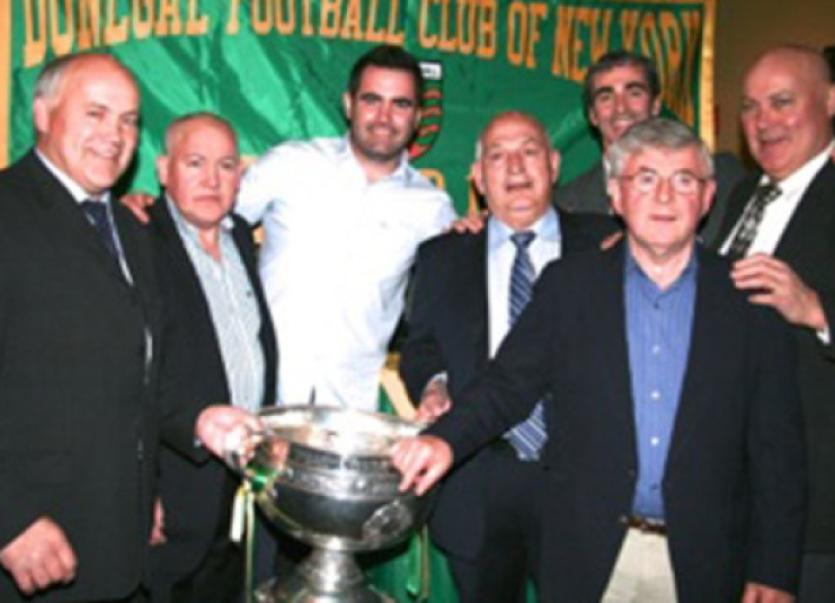 An Ardara man who has been described as a great family man and “one of the nicest men you could meet” was selected as New York’s Donegal Person of the Year at a function in Queens Village in New York on Friday night last.

An Ardara man who has been described as a great family man and “one of the nicest men you could meet” was selected as New York’s Donegal Person of the Year at a function in Queens Village in New York on Friday night last.

John Keeney emigrated to America with his wife Kathleen in 1965 with the intention of only going for a year, but speaking to a good friend in his native Ardara a few weeks ago he said, “Many people tried to persuade me to stay at home and I told them we would only be away for a year - that was 48 years ago but it was the nature of the time in the early sixties.”

John has been a stalwart of the Donegal NY Football Club, the Donegal County team and to this day is Vice President of the Ardara football club.

John is a brother of Packie Keeney of Highland Radio and Ciaran Keeney, a selector with the Four Masters club in Donegal Town.

A committed GAA man, John is a regular visitor home and tries to take in as many of the matches as possible.

Last year his stay in the county was a little bit longer than anticipated but happily so with Donegal winning the All Ireland.

A friend of John’s who was just chatting with him a few weeks ago in Ardara, Stephen McCahill told the Donegal Democrat, “John is one of the nicest men I have ever met - he is just a true gentleman. Anybody from Ardara going to New York gives John a ring and advance and he is the perfect host to them pointing them in the right direction.

“Last year when Jim and Paddy McGrath brought in Sam on the Tuesday night after that famous day John was one of the first to meet and congratulate them all - it was indeed a proud moment for him.

”When the lads went to New York with Sam John was there once again to extend a great welcome to Jim and the lads - he is a Donegal man through and through.

“He is very passionate about his football and I would credit him with putting structured football into place in Ardara back in the late fifties and early fifties.”

The highly enjoyable function was held in the popular Donegal haunt Autun’s on Springfield Boulevard in Queen’s, commencing with a cocktail reception, followed by a banquet and dancing to the early hours to the sounds of ‘Rumour Has It’.