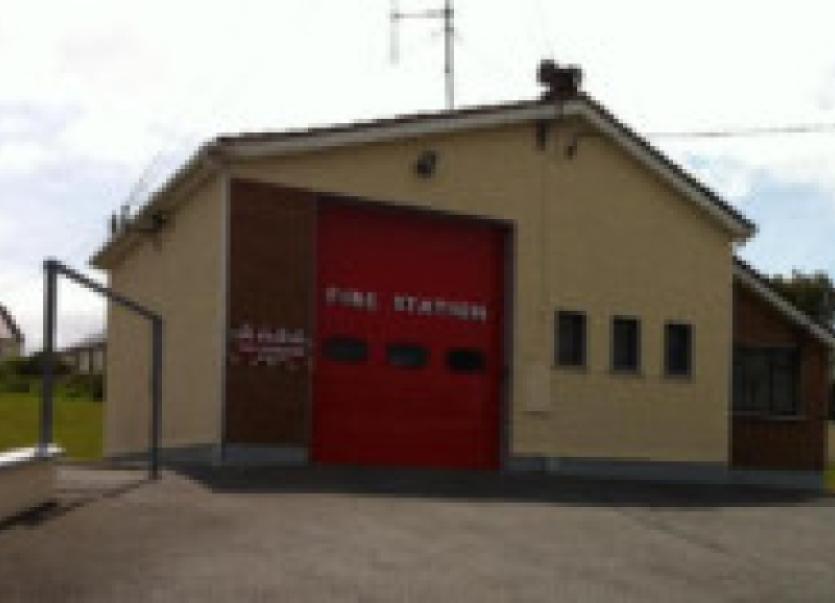 Bundoran’s fire station is “vintage” and “not of a standard we would expect”, the town manager told this months’ meeting of Bundoran Town Council.

Bundoran’s fire station is “vintage” and “not of a standard we would expect”, the town manager told this months’ meeting of Bundoran Town Council.

The issue was raised by Cllr. Michael McMahon (SF) who brought forward a motion that the council call for “the refurbishing and a full maintenance programme” for the station.

He said: “There’s a real health and safety issue. There is no where for the crew to change, except in the bay where the tender is parked. I’m asking Donegal County Council to take it on board, to build a temporary side piece for a changing room and storage area, and to fix the roof fascia board.

“There’s a very big programme to be done on it. There doesn’t seem to be any rush to move ahead with a new station, wherever that might be.”

Cllr. Florence Doherty (Ind) opposed the motion. “I think it’s wrong to spend money on something temporary. We need to go full steam ahead on getting a new station. That site isn’t going to be permanent. There’s a bottleneck, it’s in a housing estate.”

Town Manager Garry Martin, who is also the head of Donegal County Council’s Emergency Services section, said he had presented a report last week to the full council on the new national fire services policy.

He continued: “ There are a range of proposals, including the preparation of a new plan for each of the Fire Service areas. As you know, many of these are to be amalgamated but Donegal will remain a singular fire service.

“We have to look at implications of the new policy, which specifies response times, etc.

“We have three funding requests with the Dept. - for new stations in Bundoran, Ballyshannon and Glencolmcille. The rest of the programme in the county has been completed. We’ve no indication yet from the Dept. as to when funding will be made available.

“As the head of DCC Emergency Services, I carry out inspections of fire stations myself. They are certainly of a vintage, not of a standard that we would expect. I have spoken with fire officers in relation to this and we are looking at the preparation of a county wide plan.”

Bundoran Town Mayor Cllr. Philip McGlynn (FF) congratulated Mr Martin on the fact that Donegal would retain its own fire service and not be amalgamated with any other county. He noted that Sligo, Leitrim and Roscommon are all being amalgamated into one fire service.

Speaking after the meeting, he told the Democrat: “It’s a great achievement that Donegal remains a standalone service. I was glad to hear Garry Martin say that there are only three projects left on the capital building programme and that Bundoran, Ballyshannon and Glencolmcille are now the top priorities. We, as elected officials, must put pressure on the Minister for Finance to provide the funding.”

He added: “Meanwhile, to be realistic, the fire crew do need more space and facilities as a priority to meet health and safety standards. I would advocate getting a proper Portacabin on a very short term basis, until they get the new building they’ve been looking forward to getting for the last eight years.”