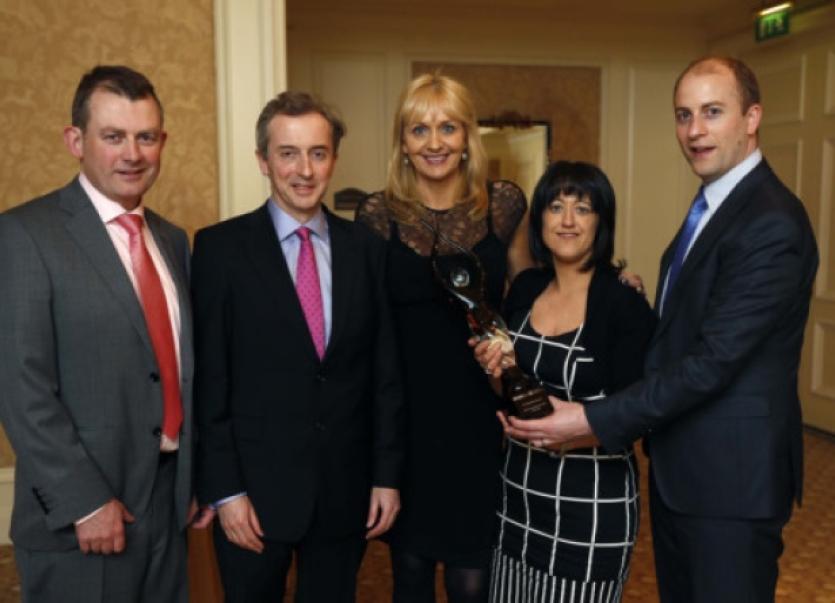 The well-known Law Firm VP McMullin Solicitors with offices in Letterkenny, Ballybofey, Ballyshannon and Dublin received the Ulster Law Firm of the year award for the second year running at the Danske Bank Irish Law Awards 2013 in Dublin last week.

The well-known Law Firm VP McMullin Solicitors with offices in Letterkenny, Ballybofey, Ballyshannon and Dublin received the Ulster Law Firm of the year award for the second year running at the Danske Bank Irish Law Awards 2013 in Dublin last week.

The firm offers legal services spanning the business, private and public sectors. Managing Partner James Sweeney accepted the award on behalf of the firm. The ceremony took place in the Four Seasons Hotel and was hosted by leading current affairs broadcaster, Miriam O’Callaghan.

Founded in 1921 by Vincent McMullin, VP McMullin Solicitors is now one of the largest Law firms in west and northwest of Ireland.

Speaking of the firm’s success Mr. Sweeney commented, “We are again delighted to be honoured with this very prestigious award. We have worked tirelessly over many years to maintain a high quality service and the award recognises the hard work and dedication of all of the Solicitors and support staff at McMullins.”

Now in its second year, the awards provide an opportunity for those working at the forefront of the Irish legal profession to be recognised alongside their European and International peers. The awards acknowledge excellence and recognise the outstanding achievements and exemplary practices of leading law firms, legal practitioners and in-house legal teams across the country.

Over 300 legal firms, individuals, law schools, and legal departments were nominated for the awards. The nominations were judged, and the winners were selected after deliberation by an adjudication panel of 25 leading national and international legal experts, headed by Chairman Dr. Eamonn Hall.

Dr. Hall is principal of EG Hall & Co., former chairman of the Law Reporting Council for Ireland and currently a board member of the Irish Centre for European Law and member of the Governing Council of the Faculty of Notaries Public in Ireland. The judging panel considered the quality of legal

services offered, the depth of expertise within the firm, value for money, effective communications with clients and the wider community, quality systems in the management of the provision of legal services and the use of technology. There were six winners nationally in the Law Firm categories.

Commenting on their partnership with the Irish Law Awards, Terry Browne, Country Manager, at

Danske Bank said, “We’re delighted to once again be associated with the Irish Law Awards. The shortlisted finalists are evidence of the exemplary quality and professionalism in the Irish legal profession and we are delighted to be able to again recognise the wealth of talent that exists in this country.”

Tracey Carney, Event Director, stated “The inaugural Irish Law Awards was a huge success last year and was the first of its kind in Ireland. The event has grown exponentially since then and this year we are delighted to have the support of Danske Bank in partnering with us in recognising

excellence within the legal sector. The standard this year was exceptionally high.”

Former Minister for Justice Norah Owen during the ceremony paid tribute to the individuals, teams and firms who have made an outstanding contribution to Irish law.