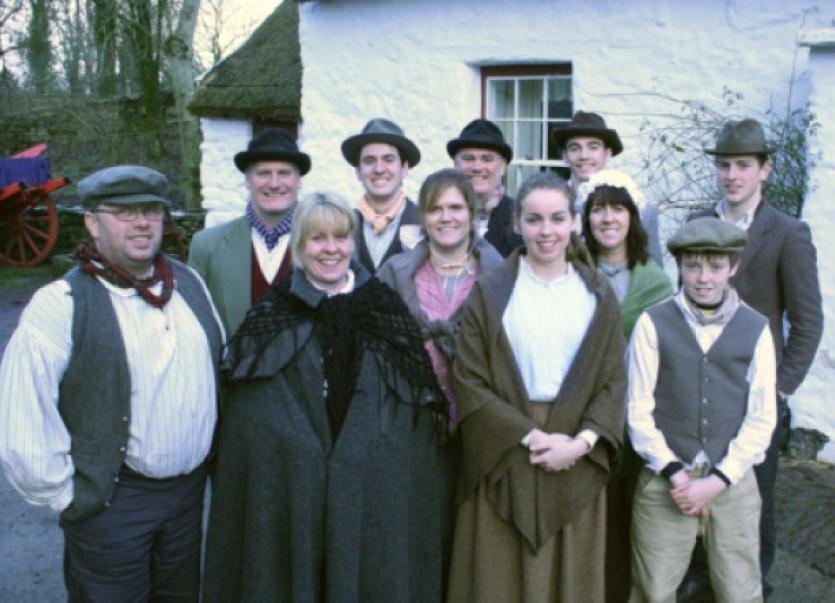 A new series = sees modern families re-enacting the lives of their Donegal ancestors during one of the most turbulent periods of history. Dúshlán 1881 - Living the Eviction starts tonight at 7.30pm on RTÉ 1.

A new series = sees modern families re-enacting the lives of their Donegal ancestors during one of the most turbulent periods of history. Dúshlán 1881 - Living the Eviction starts tonight at 7.30pm on RTÉ 1.

In December 1881, thirteen families were evicted from their homes in the village of Carrowmenagh. Mothers, fathers, children and grandparents were all flung out from their simple cottages or long houses onto the road by agents of the landlord. Some found refuge with relatives locally, others left for America. Evictions like these were common in Ireland from Famine times right up to Independence. Een today eviction is still highly emotive and a most traumatic event in anyone’s life.

In Dúshlán 1881 two families live for three days and three nights as their ancestors would have lived in the late 19th century. We tell the story of eviction through their experiences.

The four part series features descendants of the original evictees. One family, the McLaughlins, return from America to take up this unique challenge to live in the footsteps of their own ancestors. For some of them, it’s their first ever visit to Ireland. For all of them, it is an emotional reconnection with their family’s past.

The other family, Muintir John Ghráinne, have a shorter journey, travelling only from Rann na Feirste, but nevertheless, they typify the hardy families who were forced onto poorer land, an internal migration which so often has been forgotten. Those made landless and displaced within the country often had to find alternative ways of earning what was a subsistence living. Muintir Uí Ghráinne want to explore their own family history and honour the resilience and ingenuity of their forbearers.

Presented by popular Donegal broadcaster, Rónán Mac Aodha Bhuí, and filmed at The Ulster American Folk Park, Dúshlán 1881: Living The Eviction is broadcast as a landmark series of Seachtain Na Gaeilge and is part funded by the Irish Language Broadcast Fund.

Experts from a range of disciplines from across Ireland specialising in 19th Century history, provide the context of the evictions, trace the history of the families and how they would have lived at the time. They provide the historical narrative to the lived experiences of our 21st Century families living the lives of their 19th Century great, great, great grandparents. This unique primetime Irish language series will tell the amazing story of one village and its inhabitants whose descendants return for the most challenging and rewarding experience of their lives.