‘Blake 7’ takes up chain of office 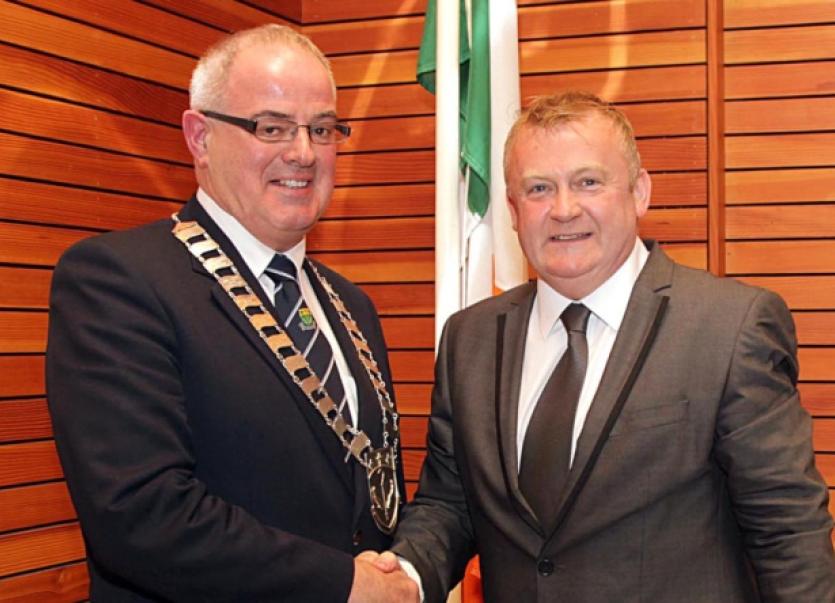 Councillor Pascal Blake has been elected uncontested as the new mayor of Letterkenny. His election to the post took place on Thursday night.

Councillor Pascal Blake has been elected uncontested as the new mayor of Letterkenny. His election to the post took place on Thursday night.

From a well-known local family, he is the seventh member of the Blake family to serve as a councillor.

He was proposed by Cllr. Gerry McMonagle who said Cllr Blake has given many years service in his life before he was co-opted to the local authority in 2011 when then councillor, now Senator Jimmy Harte left to take a seat in the Seanad, and has been very active since he joined the council.

It was seconded by Cllr. Jimmy Kavanagh who said Cllr. Blake has “wide experience” in volunteering at community level. The position was uncontested and he was deemed mayor by outgoing Mayor Dessie Larkin.

Many tributes were paid to Cllr. Larkin prior to the election for the work he did through out the year for his home town.

After being presented with the chain of office, Mayor Blake thanked his colleagues saying it was a great honour.

“I have lived in the town my entire life and enjoyed witnessing it be transformed over the years in to the bustling cosmopolitan town it is today. Indeed my own extended family have contributed to that growth and development with their contribution to public service. I am the seventh Blake to serve on the council. When my good friend Senator Jimmy Harte suggested that I would be a suitable person to take over his seat on the town council it was indeed a tremendous honour that I felt humbled to get. In my time as a public representative I have strived to give representation to all the citizens of Letterkenny, in the goal I share with all my fellow councillors, the betterment of Letterkenny,” he said.

It is likely that Mayor Blake’s term of office will be the last in the history of the town council as they are due to be disbanded next year.

He thanked his wife, son, mother family and friends for their support and promised to carry out his duties with “dignity and respect”.

He was congratulated by all members of the council who pledged their support in helping him in the year ahead.

Cllr. Tom Crossan was elected Deputy Mayor after being nominated by Cllr. Jim Lynch who outlined his extensive work in the Tidy Town and local sports and residents associations. This was seconded by Cllr. Jimmy Kavanagh.