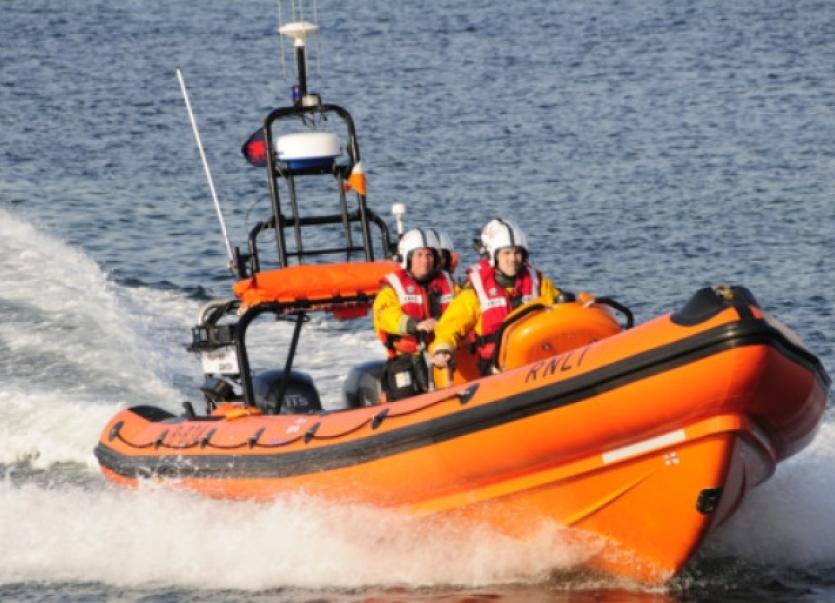 The Bundoran RNLI Lifeboat was tasked to Mullaghmore, County Sligo to assist in the search for two divers feared to have gone missing from a dive on Sunday.

The Bundoran RNLI Lifeboat was tasked to Mullaghmore, County Sligo to assist in the search for two divers feared to have gone missing from a dive on Sunday.

Launching within 4 minutes of being tasked by Malin Head Coast Guard, the volunteer crew of the Bundoran RNLI lifeboat made their way to Mullaghmore to assist the Rescue 118 helicopter and the dive boat which had been unable to make contact with the two divers.

An initial call had been made to the Coast Guard by passers-by who had seen the two divers in trouble.

As the lifeboat approached the scene they were stood down as the divers had been located by their dive boat, outside of the initial dive area, due to severe currents in the area.

Head Helm for Bundoran RNLI Lifeboat Brian Gillespie said “we are happy that this was a positive outcome – had it not been for the quick thinking of the member of the public who called the Coast Guard, it may have been a different story. We would always advise anyone who thinks they see someone in trouble on the coast, even if they are unsure, to call 999 and ask for the Coast Guard. We would much rather be called out to make sure everything is ok than have a possible incident go unreported.”