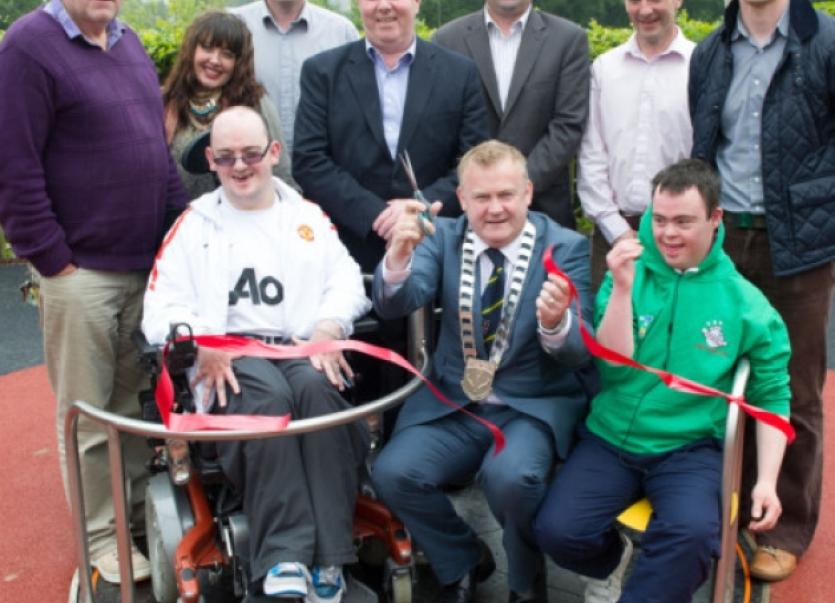 The play area at the Bernard McGlinchey Town Park in Letterkenny has been re-opened after major refurbishment work.

The play area at the Bernard McGlinchey Town Park in Letterkenny has been re-opened after major refurbishment work.

Letterkenny Town Council funded the €25,000 refurbishment of the park which includes a wheel chair accessible roundabout and the installation of safety play surfaces.

The refurbishment of the Sweet Factory play area comes ahead of plans to place accessible play areas in other parts of the park and in the Ballymacool Town Park.

The refurbishment followed a motion brought to the town council by Cllr. Gerry McMonagle. “This is part of a project that is about making the play park more accessible to all children,” he said. “What we want to do now is bring in some sensory play equipment into the rest of the park and the park in Ballymacool.”

Council officials and members visited playpark facilities in Derry as part of the research process for the refurbishment.

Special Needs Accessible Playpark (Snap) was involved in the consultation and design of the refurbishment and the group is now fundraising for the provision of more equipment for both parks in the town.

Chair of Snap, Samantha Robinson, said: “Every child has the right to play and that is where we are coming from.”

She said the group is trying to raise as much as it can for the equipment with individual pieces ranging in cost from €1,000 to €12,000.

The group was one of the beneficiaries of this year’s North West 10k and is also organiser of a parachute jump in August which could involve up to 300 people. Approaches have also been made to companies in the Letterkenny area for sponsorship for the project.

Town engineer John McCarron said the town council is handing over parts of the park to SNAP to add more play equipment. “This is a great move forward for the park and will help all users of the park have a more enjoyable experience,” he said.

Mayor Dessie Larkin also welcomed the refurbishment of the park.