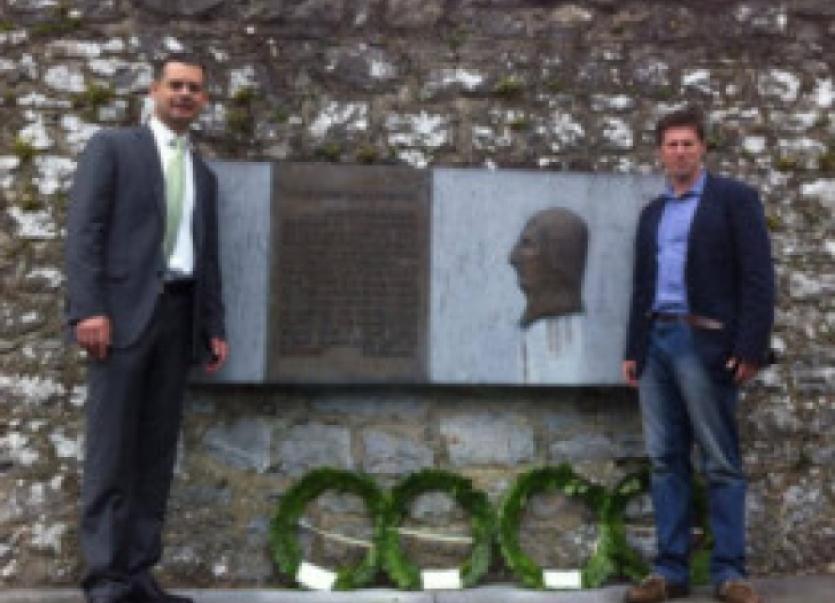 Sinn Féin Finance spokesperson Pearse Doherty launched a scathing attack on the record of the current Fine Gael and Labour Government in his oration at this year’s Wolfe Tone commemoration.

Sinn Féin Finance spokesperson Pearse Doherty launched a scathing attack on the record of the current Fine Gael and Labour Government in his oration at this year’s Wolfe Tone commemoration.

He claimed the government “has utterly failed the people” by failing a number of key issues including record emigration, escalating unemployment, the banks, the scandal of mortgage distress, the problems facing small businesses.

He went on to blame ministers for specific perceived failures.

“Michael Noonan has failed to negotiate a debt write-down on the promissory note.

“James Reilly has failed our health services. Cronyism and shambolic management are the hallmarks of his disastrous tenure. Among other scandals in health we have watched as people with disabilities are targeted through the removal of the mobility allowance.

“Ruairi Quinn has failed on education, presiding over a shambles on third levels grants, stripping resources from our schools and making cuts in special needs assistance

“Alan Shatter has failed spectacularly, closing down rural garda stations and losing the confidence of both gardaí and the general public

“Brendan Howlin has completely failed to tackle excessive pay in the public sector and instead has targeted frontline workers on low and average pay.

“Enda Kenny has failed to deliver his much vaunted ‘democratic revolution’,

“And Eamon Gilmore has abjectly failed the cause of labour and all of those who had placed their hope in the Labour Party.”

He concluded: “In the Ireland of 2013, the message of Tone is more relevant than ever. Now more than ever, this country needs republican politics.”