Extra tickets for Donegal - thanks to Tyrone! 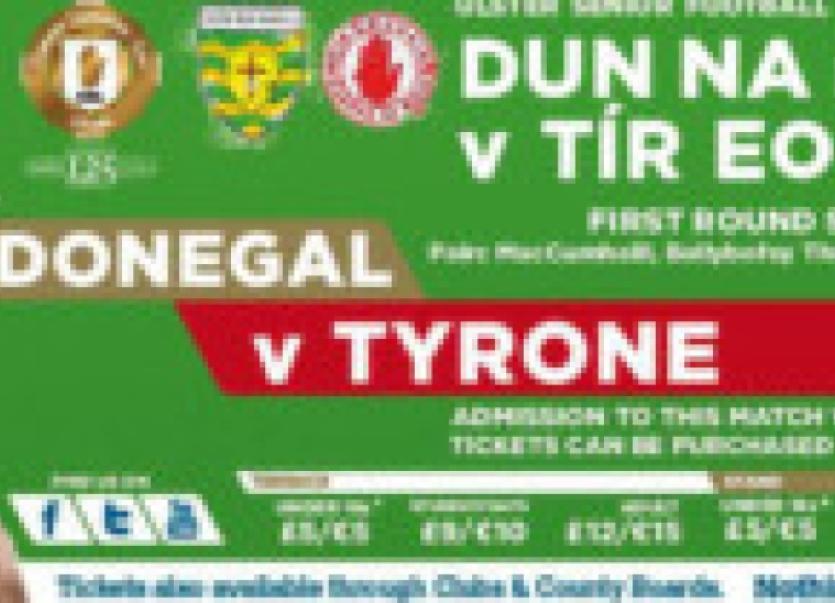 Donegal’s GAA Clubs have been given an additional 1,000 extra tickets for Sunday’s crunch match in McCumhaill Park in Ballybofey after Tyrone’s allocation failed to sell out to club members.

Donegal’s GAA Clubs have been given an additional 1,000 extra tickets for Sunday’s crunch match in McCumhaill Park in Ballybofey after Tyrone’s allocation failed to sell out to club members.

Officials from the Red Hand county had originally protested that their initial allocation of 5,750 tickets would not be enough for them and had claimed that the Ballybofey venue was not big enough to meet the anticipated demand.

The surprise allocation of the additional 1,000 tickets is like manna from heaven to many of the strained club officials throughout the county who have been dealing with an unprecedented demand for tickets for this first-round clash, described by the pundits as a “war of attrition”.

The game that has being billed as the biggest first-round tie of the championship will now enjoy increased Donegal support as a result of the returned tickets.