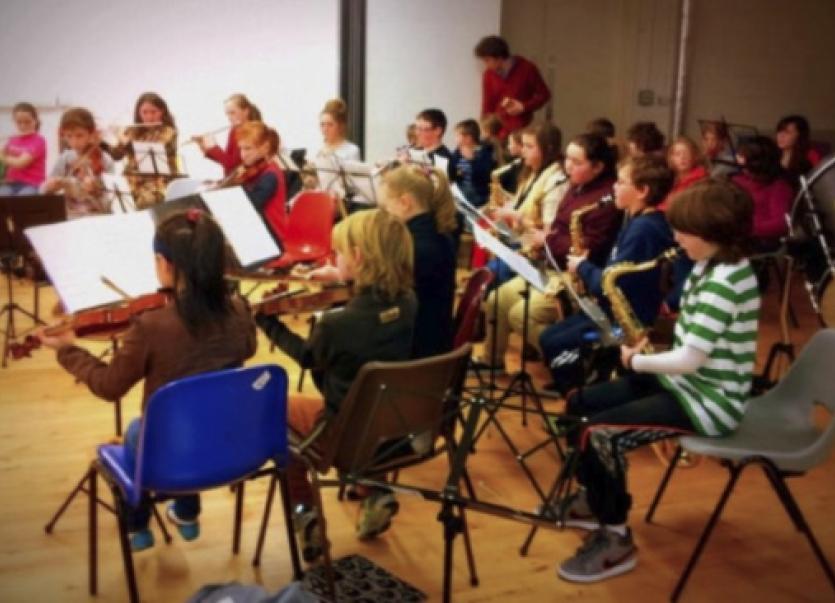 The Mayor of Donegal, Cllr. Ian McGarvey, will officially open a group art exhibition by Meatheal Ealaíne, at 7.30pm. Then, at 8pm, the Donegal Integrated Youth Ensemble will take to the stage to present a new work by Elaine Agnew, River of Dreams.

Admission to both events is free.

Meatheal Ealaíne is a group of artists based in Glencolmcille which has organised a major show every years since 2002.

Nargaret Cunningham, from Carrick, was a founder member of Taipeis Gael weaving group. Michael Doherty, of Belfast and Glencolmcille is an architect and artist working in a variety of media and subject matter. Deborah Stockdale a variety of textiles and art techniques, such as applique, piecing, discharge dying, painting, embroidery and hand quilting in her stunning art quilts. Ana Stromberg, originally from Sweden, has made Glencolmcille her home for over 20 years. Working in oils and watercolours, her recent artworks are studies of skies, clouds and landscapes, as well as intimate portraits. Rik Walton from Newcastle is a photographer based in Donegal. He has worked extensively photographing musicians and theatre events, but has recently turned to landscapes and natural life for inspiration.

The exhbition is open Monday to Friday, 11am-5pm and at show times, through to October 11.

River of Dreams, a beautiful, fun piece for orchestra and choir, was specially commissioned by Donegal Music Education Partnership DMEP).

The work was written, and is conducted by Elaine Agnew. The composer has a fantastic record, having written for the BBC Proms, the Ulster Orchestra and the Scottish Chamber Orchestra, among others. She was also the first first RTÉ Lyric FM Composer-in-Residence.

Formed by DMEP and funded by Peace III, the Donegal Integrated Junior Ensemble is a 57-strong group of Donegal’s most talented young musicians and singers, aged 7-14. They have worked tirelessly together preparing for this performance.