Transplant athlete off to games 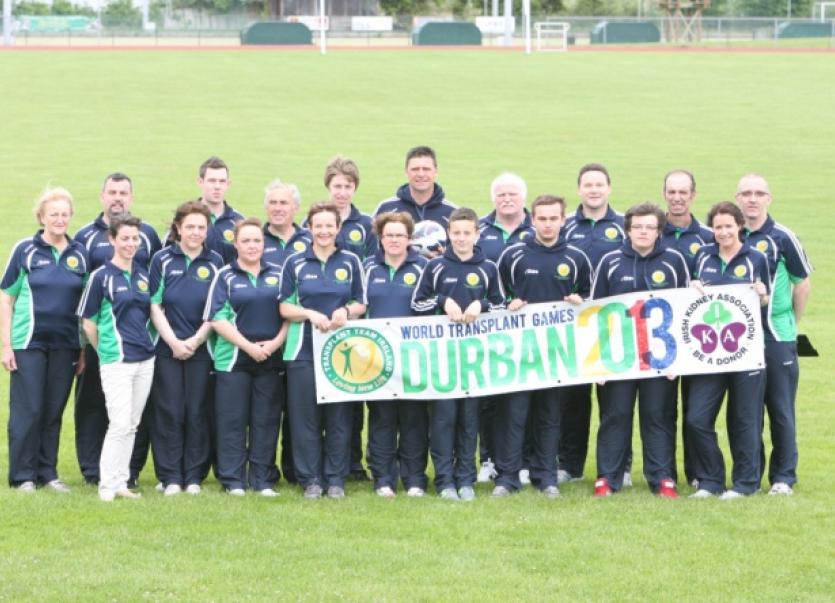 A Letterkenny transplant athlete will represent Ireland next month at the World Transplant Games in Durban, South Africa.

A Letterkenny transplant athlete will represent Ireland next month at the World Transplant Games in Durban, South Africa.

Vienna White from the Newmills area, received her kidney transplant in February 2008. Thanks to this kidney transplant, the 31 year old gave birth to her first child Cameron two years ago, and she can now go on to represent her country at the World Games.

Vienna has always had an avid interest in sports, and will be solely representing Ireland in badminton. Vienna stated that she “can’t wait for the games and its an honour to represent the country “.

Vienna will be travelling to Durban along with her Mum and one of her friends from Canada.

Last Sunday, the team, ranging widely in age from 12-68, received a motivational talk by retired soccer legend Niall Quinn. The former Ireland international and popular TV pundit took time out of his busy schedule to talk to the group of brave transplant athletes at the ALSAA Sports Complex regarding their departure next month to South Africa.

The 28 members of the Irish team have all received organ transplants including kidney, pancreas, liver and heart. Seven of the kidney recipients received their transplants from living donors.

Niall Quinn, who is highly regarded for his charitable work and support of worthy causes, said, “it is a great honour to meet such inspirational athletes who have faced huge health battles and now thanks to the gift of organ donation they can share with me their passion for life and its celebration through sport”.

Colin White, National Team Manager and World Transplant Games Federation Councillor said, “The athletes participation in the Games offered a great opportunity to showcase the success of organ donation and transplantation. Their achievements offer inspiration to other experiencing organ failure and an impetus to the general public to embrace organ donation”.

Over 1000 athletes from 50 countries will participate in the World Games throughout 50 events including Track & Field, road races, cycling, swimming, gold, tennis, badminton, squash, lawn bowls, volleyball, pétanque and Tenpin Bowling. At the 2011 Games, the Irish team secured a world record in one event and picked up a haul of 39 medals comprising of 13 Gold, 14 Silver and 12 Bronze and were placed 11th in advance of the 2013 Games.