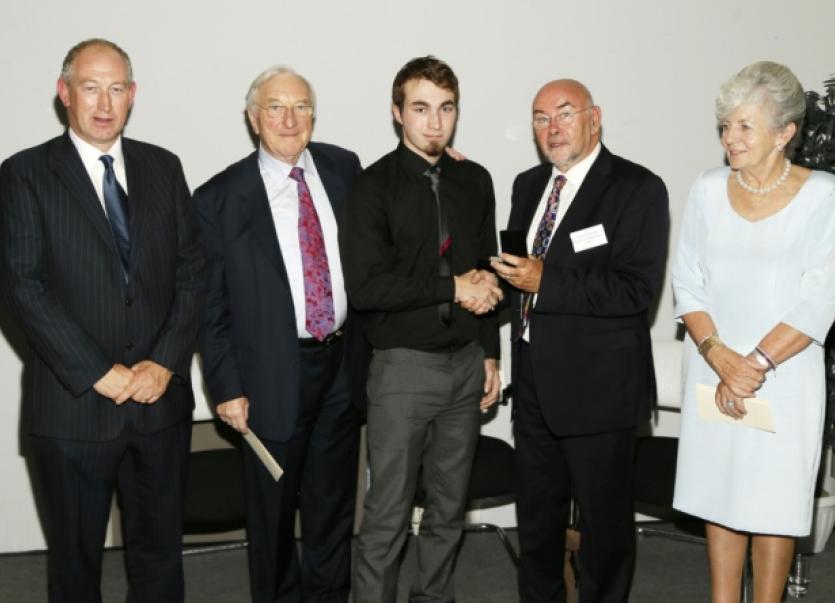 A student from Donegal has received word that his academic studies will be funded by a scholarship from The Naughton Foundation.

A student from Donegal has received word that his academic studies will be funded by a scholarship from The Naughton Foundation.

Liam Henry of St. Eunan’s College in Donegal who is the recipient of the coveted award has accepted a place at Queens University, Belfast to study Applied Maths and Physics.

The foundation has supported Irish students in their desire to study science, engineering and technology at third level institutions in Ireland for several years now and the presentation of the 2013 scholarship awards were made on Saturday September 21st, in The Science Gallery, Trinity College, Dublin.

Minister for Education and Skills Ruairí Quinn TD joined Dundalk-born Dr. Martin Naughton, founding patron of The Naughton Foundation, and his wife Carmel Naughton in presenting the winning students with their awards at the ceremony. The scholarship in each county is worth €20,000. The school of each winning student was also awarded a prize of €1,000 towards the school’s science laboratory to encourage interest, research and further academic pursuit.

Donegal has had significant success with the awards to date and in 2012 the two recipients of the coveted award were Daniel McAllister, from Colaiste Cholmcille, Ballyshannon who progressed to study Electrical and Electronic Engineering, at Queens University Belfast and John Fitzgerald, from Pobalscoil Chloich Cheannfhaola, Falcarragh who is studying Electronic Engineering and German at University of Ulster, Jordanstown.