Care for the young and old 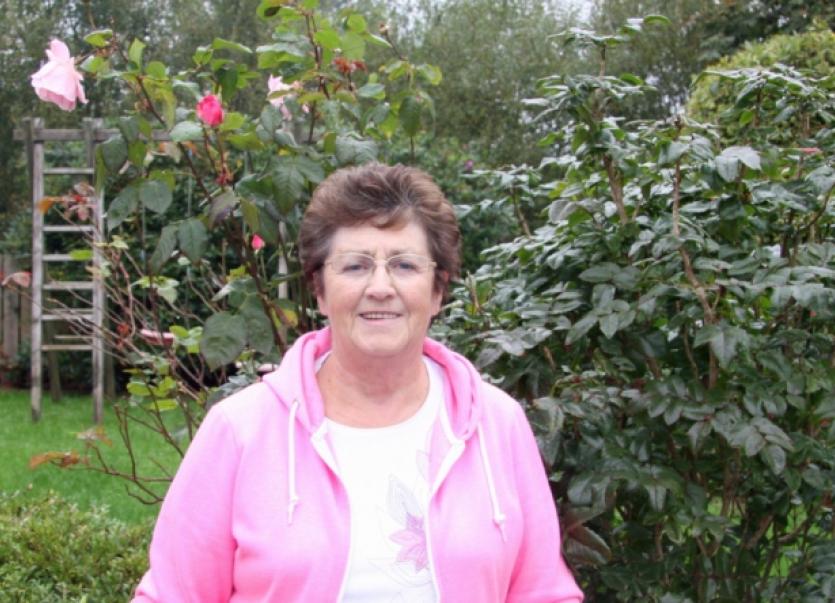 A woman who grew up in a small rural area and devoted her life to the community speaks about her life and her own personal challenges.

A woman who grew up in a small rural area and devoted her life to the community speaks about her life and her own personal challenges.

Mary McGowan grew up right at the edge of Donegal Bay in the small village of Mullinasole in the fifties.

Mary recalls the early days of life in Mullinasole, “Our house had been in the family since the early 1800’s and really was just a small thatched cottage overlooking the bay but it was Heaven.

“Mullinasole was quite well populated with families in those days and every morning about 20 of us would head off together to the old Laghey School. It used to take us an hour there and back or longer if we stopped to rob a few orchards.

“The school itself was just a one roomed building with two teachers and over 100 pupils - there was a curtain down the middle of the room to split up the varying age groups.”

Speaking about Mullinasole in those early days, Mary said, “As a village it was very self sufficient - we had a small farm with hens, eggs, potatoes and a few pigs - we killed one every year for the big occasions.

“It was a very closely knit community with the door always on the latch. People would “ramble” from house to house and if you were ever short of anything you could always pop next door.

“The grocery van would come once a week and we could all get our basic groceries and trade the eggs from our own farm - for your main shopping, Bridgetown was the place to go. Donegal town was like a visit to Dublin in the present day context.”

Continuing she said, “The family moved to Bridgetown when I was 10 and to be honest, even though it was just four miles away, it was like a whole new world.

“You have to remember we came from a single storey thatched cottage and the house in Bridgetown was a large four bedroomed, two storey house. We all sat up on the first night bawling our eyes out until eventually my father lost it saying that “if we didn’t shut up he would put the house ‘in the bush’ and we could all go home to Mullinasole!

“After my time in Laghey where I got a truly great education from Master Egan I was off to the big town of Donegal to the Four Master’s High School, known locally as Cleary’s and operated by ‘Dick’ Cleary.

“Straight after my Leaving Cert I was offered a position with the Blood Transfusion Board, something I had always wanted to do, but my parents were against it and I wasn’t allowed do it.

“It’s funny how one decision can impact your life - if I had gone to Dublin, I never would have met my husband and probably would never have come back and settled in Donegal.”

Mary had her first taste of the educational services when she was subbing in various parts of the county and even though it was not her original choice as a career, she knew that it was her calling as soon as she started.

“I met my husband Eddie (McGowan) when I was teaching over in Meenaglass outside Ballybofey.

“I was living in there and had a scooter as my only means of transport - people might laugh now but back then the only people to have cars were the priest, doctor, bank manager, and the likes - it was a rare commodity.

“Eddie and I got married when I was only 22 and I continued working in education until the family started to grow. He preferred this side of “the Gap” and we decided to move back to Donegal Town before the children started school.

Once in Donegal, Mary became very involved in the local community and became involved in the St. John Bosco Athletic Club along with the legendary Mickey Cooney, Bert O’Neill and Tom Conaghan. “These were men way ahead of their time who had vision. They provided all types of activities for the youth of the town and the environs when there wasn’t much else around for the teenagers,” she said.

The Mullinasole native became immersed in the community in the mid-seventies, took out a Diploma in Social Action in UCG, set up pre-school playgroups and became a marriage counsellor.

She was approached by the HSE to set up the first community playgroup, a role which evolved into her becoming the Area Manager for the North West which still exists to this very day.

Tragedy struck at Christmas 1993 when Mary’s husband passed away, leaving a family of nine behind.

“Christmas was always a very joyful occasion in our house, the excitement of Santa, the presents and most importantly, the family being together. Eddie would have wanted us to keep that tradition and we did. Santa came to all the young ones and we all celebrated as much as we could. Of course it was very sad but we did our best.

“This is where the strength of community really came to the fore - the local hotels were on the phone offering to do all the cooking, the neighbours arrived with all the baking - cakes, plum puddings and even at the wake, the local shop and all the neighbours just supplied everything. For months afterwards that support was never but a phonecall away.”

Mary returned to her work soon afterwards - “I had a family to rear and I just had to occupy myself - it was my way of coping.”

She immersed herself both in family and in work and became involved with Lifestart, an educational programme for parents of young children, developed cross border programmes in childcare and went on to take an honours degree in Community Studies.

As if all that as not enough, she is involved with the Donegal South Forum and also on the board of the Governing body of the Institute of Technology in Sligo as well as maintaining her links with the ETB (VEC), Family Resource Centre and the John Bosco Club.

Though Mary has officially retired, she is not sitting back watching day time television. “All this activity keeps me going and I suppose the day I retire is the day that they’ll be putting me into the grave.”