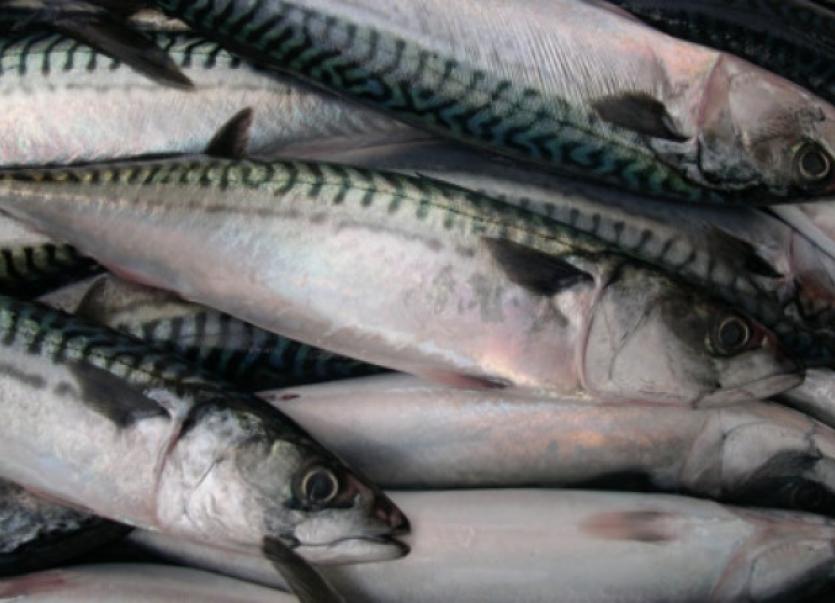 Representatives of the EU Pelagic industry including the KFO met with Commissioner Damanaki this week in Brussels and put forward a new solution to the sharing arrangements based on a three-tiered structure.

Representatives of the EU Pelagic industry including the KFO met with Commissioner Damanaki this week in Brussels and put forward a new solution to the sharing arrangements based on a three-tiered structure.

And according to Ireland North West MEP, Pat the Cope Gallagher, their proposal represents the best way forward for all concerned.

“I urge the European Commission to advocate for its adoption when the Coastal States involving the EU, Norway, Iceland and the Faroese meet today in London,” Mr Gallagher said yesterday. The Donegal MEP had issued a stark warning to Minister Coveney ahead of the Agriculture and Fisheries Council meeting in Luxembourg held on the 17 October last. The meeting discussed the dispute over mackerel quota rights in the North East Atlantic as Iceland and the Faroe Islands have increased their overall share of mackerel from 5% in 2005 to 52% in 2013.

Pat the Cope Gallagher MEP stated ahead of the Council meeting: “My clear understanding is that the European Commission is anxious to secure a deal at any cost, regardless of the consequences for the Irish pelagic industry.”

“It was widely known within Europe and also reported in the Norwegian press that the Commission has offered Iceland 11.9% and the Faroe Islands 12% of the future total allowable catch for mackerel. Furthermore, I am aware that the Commission are going to individual countries, making side deals on other fish stocks in order to get the Council to agree to their proposal. If these figures are accepted, it would possibly result in a reduced share of mackerel quota for Ireland in the long-run. As a result, Iceland and the Faroe Islands would reap larger mackerel quotas than Ireland which is an absolute disgrace.”

He added: “I am calling on the Minister at the meeting to forcefully challenge EU Fisheries Commissioner Damanaki, as to why she is willing to reward the reckless behaviour of Iceland and the Faroe Islands at the expense of Irish fishermen, who have acted in a responsible way over the last number of years.”

Pat the Cope: “While, the new advice by ICES which recommends an increase of 64% of the TAC will give a renewed impetus to efforts to reach a negotiated agreement on the sharing arrangements. This opportunity must not be at the expense of Irish fishermen, who have acted in a responsible manner by rewarding Iceland and the Faroe Islands with an unjustified percentage share. The Minister must do his utmost to protect the Irish mackerel fishery, as it is worth EUR 125 million per annum to Ireland, and is extremely important to Ireland’s largest fishing port, Killybegs in Donegal.”