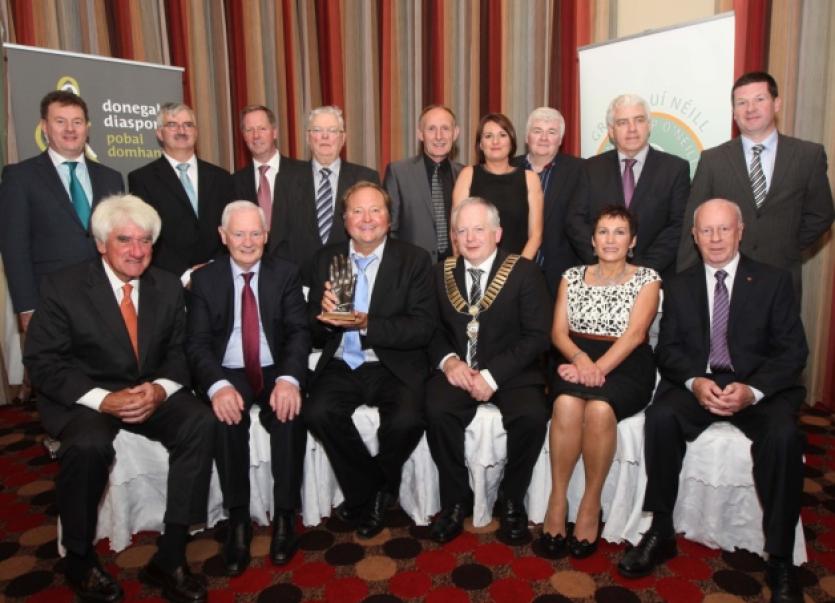 On Friday night in Buncrana, the Tip O’Neill Diaspora Award was presented to the former Governor of Montana Brian Schweitzer.

On Friday night in Buncrana, the Tip O’Neill Diaspora Award was presented to the former Governor of Montana Brian Schweitzer.

His tale, like that of Tip O’Neill, is one of the American dream come true.

Both men are the grandsons of women who emigrated from Donegal.

Tip O’Neill, the grandson of Eunice (Unity) Fullerton, was one of the most powerful and respected American politicians of all time. He served five terms as Speaker of the House of Representatives.

The first ever Tip O’Neill Award was given by Donegal County Council last year, on the centenary of his birth, to Irish American journalist Niall O’Dowd.

This year’s recipient, Brian Schweitzer (58) spoke with tremendous pride of his grandmother, Hannah Friel, who left Rathmullan at the age of 22.

“She was the original Hannah Montana,” he said. “In 1912, my grandmother and another sister, Mary Ann, went to New York. When the railroad advertised for homesteaders, she got on a train, walked 17 miles into the middle of the prairie, staked her claim on 320 acres and worked it herself.”