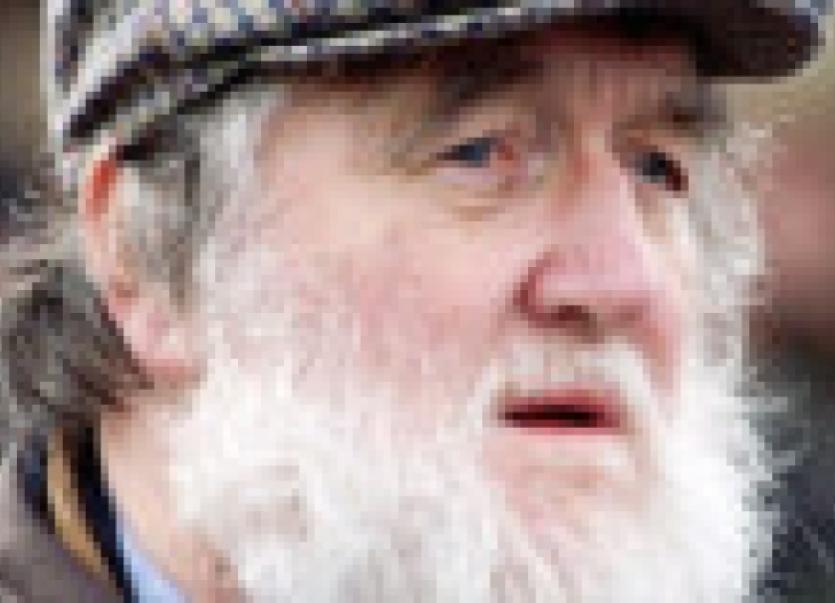 Veteran Republican Joe O’Neill, who died on Wednesday, will be buried on Sunday in St Joseph’s Cemetery, the Rock, Ballyshannon, following Requiem Mass in the adjoining church at 12.30pm.

Veteran Republican Joe O’Neill, who died on Wednesday, will be buried on Sunday in St Joseph’s Cemetery, the Rock, Ballyshannon, following Requiem Mass in the adjoining church at 12.30pm.

Mr O’Neill’s remains are reposing at his late residence, East End, Bundoran from 9pm to 12pm this Friday evening and from 12noon to 11pm on Saturday.

Remains will leave his residence on Sunday at 11.30am to be received at St Joseph’s Church, The Rock, Ballyshannon at 12.15. Requiem Mass at 12.30 with burial immediately afterwards in the adjoining cemetery. Please note house is private to the family on the morning of the funeral.

Meanwhile, the following statement has been issued by the President of Republican Sinn Féin Des Dalton in tribute to the late Mr O’Neill:

“It was with sadness that Irish Republicans received the news of the passing of Joe O’Neill on October 2. Joe was a stalwart of Irish Republicanism throughout his adult life and remained an active Republican right up to recent weeks. Joe O’Neill was born into a strong Republican family. His father Frank from Pomeroy, Co Tyrone was active in 1916 with the East Tyrone IRB. They had mobilised outside Coalisland when the order from Headquarters came to demobilise. The order was brought to them by Nora Connolly, daughter of James Connolly, who travelled to Carrickmore on the GNR railway. Joe’s mother Agnes from Dungannon was also steeped in Republicanism and was very active. She was also very active in the GAA, founding the first camogie team in Dungannon.

“From the 1950s onwards Joe O’Neill served the cause of Republicanism in a variety of capacities at both local as well as national level. On both occasions when a reformist clique attempted to hijack the Republican Movement, in 1969/70 and again in 1986, Joe O’Neill was steadfast in his fidelity to the All-Ireland Republic of 1916. Taking his place in the leadership of Republican Sinn Féin he was elected to the Ard Chomhairle in 1971, where he was to remain up to his death. He was proud to serve alongside close friends and comrades including Ruairí Ó Brádaigh, Dáithí Ó Conaill and Pat Ward. He served as National Treasurer of Republican Sin Féin for many years up to 2009 when he became a Life Vice-President.

“The Éire Nua programme for a free and federal Ireland was championed by Joe as the key to bringing about a just and lasting settlement for all of the Irish people. For him it represented the best opportunity of fulfilling Theobald Wolfe Tone’s aim of uniting Protestant, Catholic and Dissenter as Irish men and Irish women.

“It was due to the untiring work and sacrifice of Joe O’Neill that the memory of the hunger strikers of 1981 was suitably honoured each year in Bundoran despite numerous attempts by the 26-County State to disrupt it. As a member of the Bundoran Hunger Strike Committee Joe and the committee erected the beautiful Garden of Remembrance as a most fitting and lasting tribute to the hunger strikers.

“Joe gave unstinting service to his community for almost thirty years as a local public representative. He was co-opted on to the Ballyshannon Town Commissioners in 1963. He was later elected to Bundoran Town Council where he was to serve for over 25 years. Joe embraced all aspects of Irish culture, including its music and history. He had an enduring love of Gaelic games. Joe was a lifelong member of the GAA.

“For Joe O’Neill there was no shortcut to a free Ireland. He believed that as long as Ireland was partitioned and occupied by the British State there could be no lasting peace. He was a man of high principle with a burning sense of justice. It was this sense of justice that informed his political activities at both a national as well as a local level. He leaves a gap in the ranks of Republicanism that will be hard to fill. However it is because of the lifetime dedication of men and women like Joe O’Neill that there is a new generation there to take up the torch of revolutionary Irish Republicanism.”