Phillippine community in Donegal distraught over the destucion 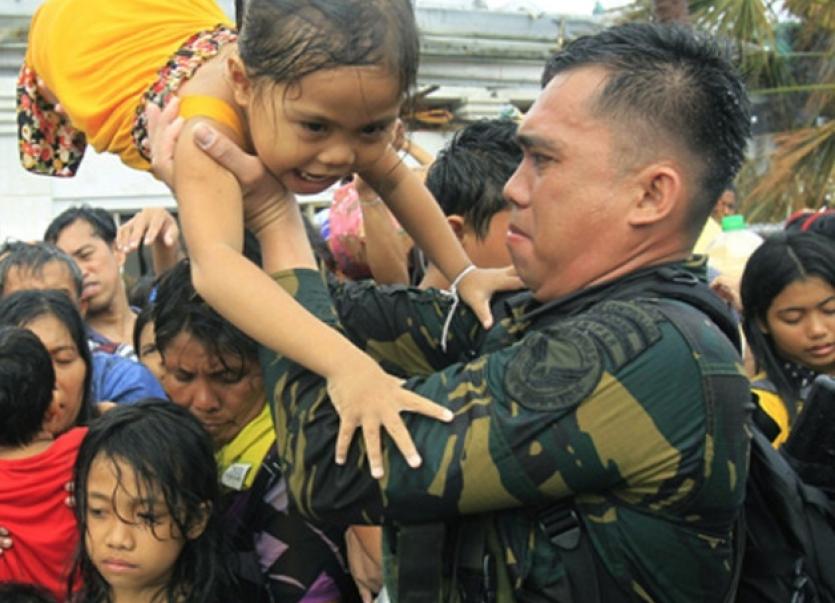 The havoc that has been wreaked on the Philippines over the last week has brought immeasurable grief and worry to many of the Philippine nationals who have made Ireland their home.

The havoc that has been wreaked on the Philippines over the last week has brought immeasurable grief and worry to many of the Philippine nationals who have made Ireland their home.

During the height of the Celtic Tiger many nurses and medical personnel came to Ireland to fill a large gap left by the shortage of Irish nurses and many have remained in the country.

In may towns throughout the county and particularly in Ballyshannon, Ballybofey, Letterkenny and Donegal Town there are quite large Philippine communities and many have still failed to make contact with loved ones back home.

The Donegal Democrat spoke one Donegal resident and native of the Philippines, photographer Christina Jose Irwin who spoke of her worries and concerns.

She said, “Super Storm Haiyan is the strongest storm to make landfall in recorded history; stronger than Katrina that wreaked havoc in New Orleans.

“The scale of devastation is unimaginable. Friends and acquaintances have inundated me with concern and well wishes and everyone asks, “Was your family affected?”.

“The answer is both yes and no. No, my immediate family are based in the capital and they are safe and well. But yes, we are all affected by this too.”Christina added,

Continuing she said, “The Philippines is like Ireland, we are a tight knit community and everyone knows everyone. My own cousin in law grew up in Tacloban and has been waiting desperately for word that her father is alive and safe. But the reality may be far from that.

“We can only pray that he has survived but he lived by the seaside where the destruction was total. Our best hope is that he has found shelter and food and has access to medicine-but still we wait.

“The number of people that have been affected by the storm exceeds the whole population of Ireland-imagine if every single person you know has been lost, has been made homeless, lost loved ones, are starving and are currently starving to survive? This is how real this tragedy is.”

In an appeal for help for her native country Christina asked people ti give something, if only a few cents to help ease the pain and suffering.

She added, “The Fillipino - Irish Society of Donegal are hosting their 10th. Anniversary on Sunday 8th. December with a mass in Stranorlar and later a multicultural show at Jackson’s Hotel in Ballybofey and a large amount of the funds raised will go to the Typhoon Yolanda victims.”

Meanwhile Christina has organised her own collection around South Donegal with her own “Pennies for Pesos” campaign. Collection boxes are in many outlets in Donegal Town and Christina said, “We are extremely grateful for the generosity to date - people are so generous. Every penny counts.”