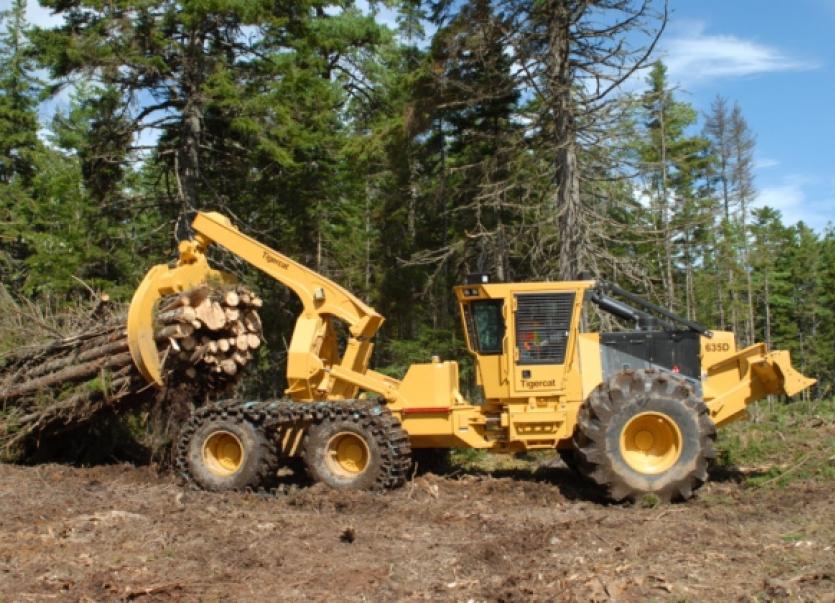 The harvesting rights for Ireland’s forests will not now be sold, Minister Simon Coveney has announced.

The harvesting rights for Ireland’s forests will not now be sold, Minister Simon Coveney has announced.

Under the government’s NewERA plan for privatising many national assets, the harvesting rights to Coillte forests were to be sold, although the land itself was not.

Coillte owns over one million acres of land. It was estimated a sale of harvesting rights would have generated €400-770 million for the Exchequer.

A report by economist Peter Bacon indicated that such a sale, however, would have incurred costs of €1.3bn in profit flow and pension liabilities.

Yesterday, the government shelved the plan.

Agriculture Minister Simon Coveney said: “The Government decided that now is not the appropriate time to proceed with the sale of harvesting rights in Coillte and that the current focus must be on the restructuring of Coillte, overseen by NewERA and the relevant stakeholder Departments.”

The restructuring, he added will include looking at the best way to merge Coillte and Bord na Mona.