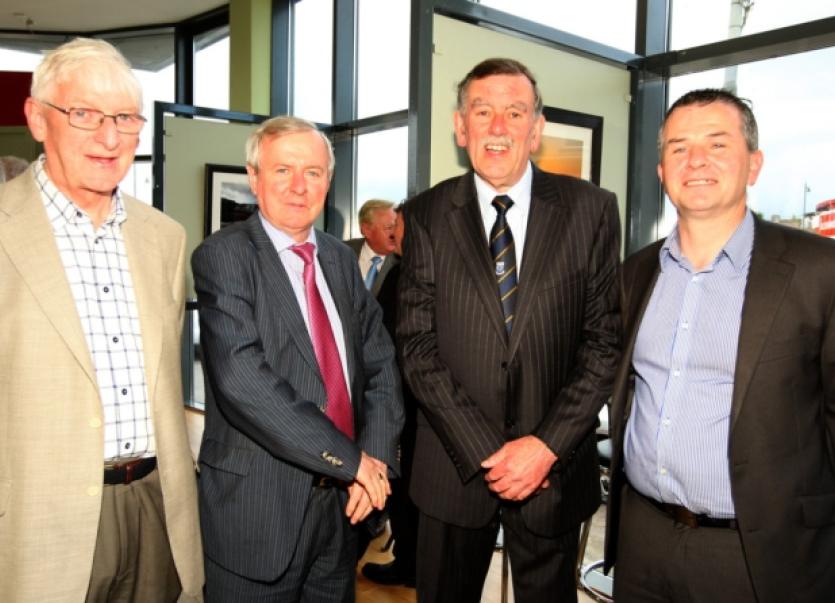 Plans by the Backing Ballyshannon Group and Ballyshannon Town Council to mark the town’s 400th anniversary have been unveiled.

Plans by the Backing Ballyshannon Group and Ballyshannon Town Council to mark the town’s 400th anniversary have been unveiled.

Launching a spectacular 26 minute DVD which encapsulates all that is good about the town, Michael McLoone, who chairs the Backing Ballyshannon group, said the DVD would be a vital tool in promoting the town.

“This is, as we know, a wonderful place to live, and this DVD underlines just how much we have to offer. It is important now that we use this to get our message out there,” he said.

During the launch, held at the Abbey Centre on Saturday night, a programme for a week long series of events in the town, running from August 5th to 11th, was released.

A varied programme, The Gathering was the catalyst for bringing together a series of events ranging from exhibitions to musical events, town Clerk, Mary Daly stated.

Reflecting on the 400th anniversary, myaor, Phonsie Travers said thatKing James handed down a charter in 1613 which officially created the borough of Ballyshannon.

Reflecting on the DVD, filmed and edited by Shane Wallace/Wallace Media, Mr Travers said there had been a lot of negative publicity for the town in recent times, but this would eb counter-baalnced now by this production and the events planned in August.

“This is a unique opportunity to show case the town,” he added.

Describing it as “an extravaganza of events”, special guest, MEP Jim Higgins, said he was aware of the rich heritage of the town. He said it was vital towns and people stopped under rating themselves - “we have so much to offer here in Donegal, magnificent scenery, a wonderful welcome and our food is as good as anything offered in France, Belgium or anywhere else”.

The DVD is available on youtube at Ballyshannon TV and from the Town Council.