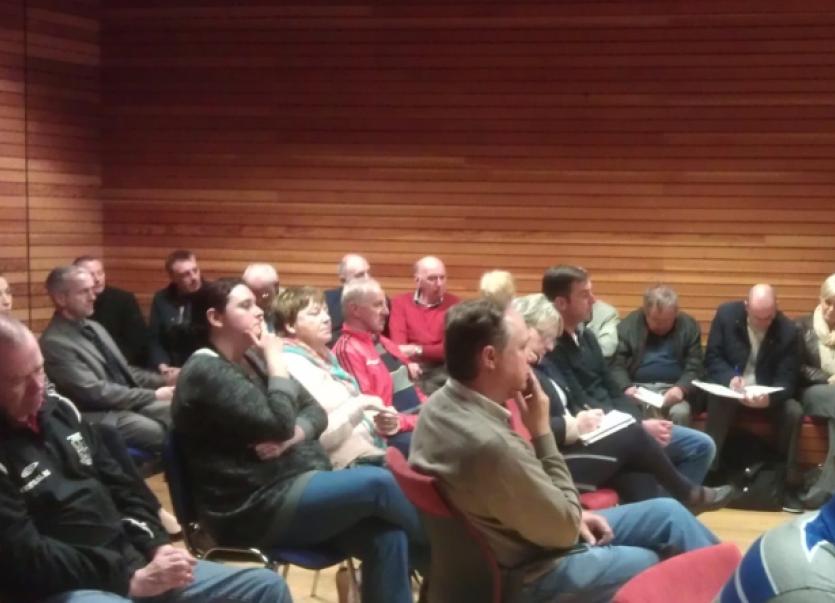 A large crowd of community, sport and business representatives turned out at a public meeting last night to support the retention of Letterkenny Town Council.

A large crowd of community, sport and business representatives turned out at a public meeting last night to support the retention of Letterkenny Town Council.

As it stands, this will be the last term of the local authority as over 80 Town Councils around the country are due to be abolished next year.

Over 50 people from across the community attended the meeting in the Letterkenny Town Council Chamber in the Public Services Centre joining with a number of Town Councillors and Oireachtas members who attended on the night.

Each of the town councillors outlined the work conducted by the local authority over the years and asked the Oireachatas members present to lobby Minister Phil Hogan TD on the retention of the Town Council.

Senator Jimmy Harte, a former member of the Town Council, said the members should seek a meeting with Minister Hogan to discuss the mater.

Deputy Joe McHugh said he had spoken to the Environment Minster on the matter but the Minister had not changed his mind on the subject, but agreed that the possible retention of some of the larger Town Councils “is something we have to put to him”.

Several members of the audience representing local community, sports and business groups outlined their concerns. They said the abolition of the local authority would negatively impact on the groups and the whole area in general.

To find out more on the public reaction to the proposed abolition of the Council, see this Thursday’s Donegal Democrat.