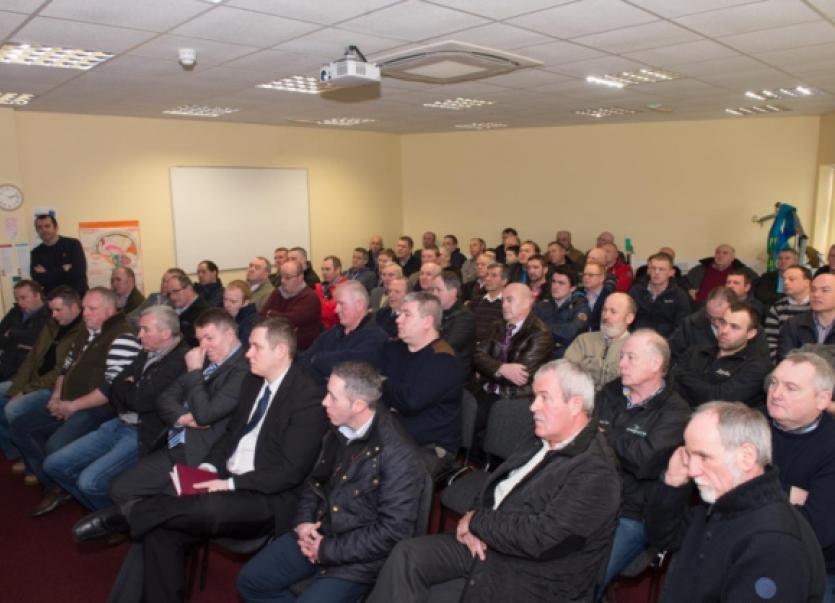 There was a huge attendance in the Swilly Group’s Building in Letterkenny on Sunday afternoon in relation to the UK’s proposed Lorry Road User Charge which was described by one councillor as “a penal tax on all Donegal hauliers”.

There was a huge attendance in the Swilly Group’s Building in Letterkenny on Sunday afternoon in relation to the UK’s proposed Lorry Road User Charge which was described by one councillor as “a penal tax on all Donegal hauliers”.

The meeting organiser Christopher Gallagher said that this tax could put hauliers out of business with the result that vital jobs would be lost.

The proposed charge can be paid as a daily levy of £10, or as an annual sum of £1,000, depending on the haulage operator’s preference.

The haulage industry feel the introduction of the charge will have major repercussions for Irish hauliers operating in the six counties and transiting through them.

Under the proposal, HGV vehicles from the Republic would have to pay the charge when entering the north.

“This is going to have awful consequences on cost,” Mr. Gallagher told the Donegal Democrat/People’s Press: “Already people are moving lorries to Northern Ireland and taxing them there.

“MLA Barry McElduff has now offered to bring a deputation of five to meet with the relevant Minister in Stormont and Deputy Joe McHugh is also organising the same deputation to meet the Minister in Dublin.

“We are a united force and we want all this to happen sooner rather than later - this is due to come into effect in April.”

He added that he would like to thank each and everyone for their huge support at the meeting.

The meeting was attended by politicians from across the political spectrum including MEP Pat ‘the Cope’Gallagher, Minister Dinny McGinley, Deputies Joe McHugh and Charlie McConalogue, Barry McElduff MLA, Mayor of Dongal, Ian McGarvey and councillors from all political parties.

MEP Pat ‘the Cope’ Gallagher said he had met with a deputation after the meeting and that he had already requested a meeting with the European Commissioner of Transport Sim Kallis. “I will also be calling on the Irish Government to raise the matter with the UK Government “It is worth noting that this country has invested €20 million in Northern roads in the past year and it is estimated that €30 million will be spent in the present year. This is all taxpayers’ money.

“This is a serious threat to jobs - Donegal hauliers have no option but to travel through Northern Ireland. We are an island county within an island country.”

Deputy Joe McHugh said that he would also be raising this at Government level given the fact that the industry in Donegal who were exporting Donegal produce to both the UK and Europe had very little choice in using Northern Ireland’s roads.

Cllr. Patrick McGowan said, “I am totally opposed to this - it is a penal tax and one that could have far reaching implications. If this is not resolved I can see lorries being registered and indeed purchased in the North and probably eventually driven by Northern drivers.

“We export the vast majority of our produce - food and seafood to name but a few.”