SF Europe candidate says he will ‘stand up to Europe’ 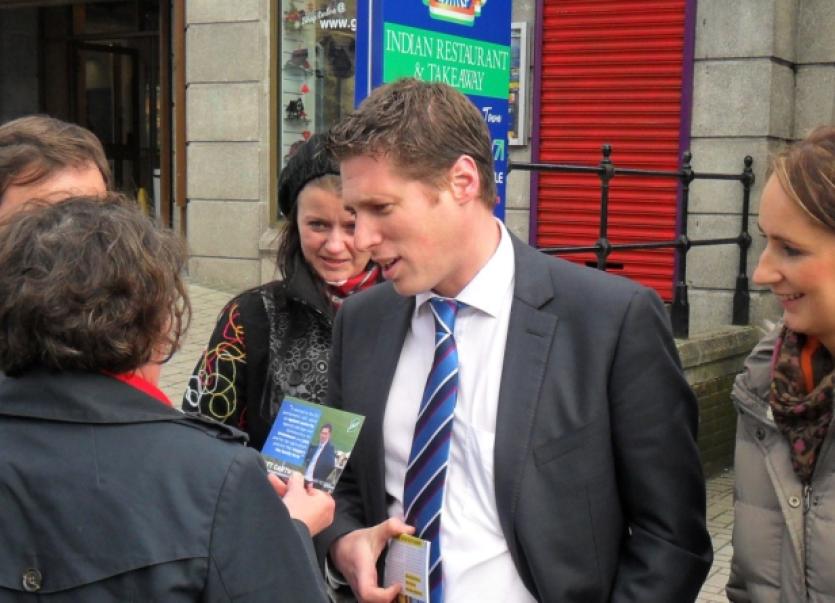 MEPs representing the north west have failed to represent their constituencies, said Sinn Féin’s Europe candidate in the 2014 elections.

MEPs representing the north west have failed to represent their constituencies, said Sinn Féin’s Europe candidate in the 2014 elections.

Candidate and Monaghan County Councillor Matt Carthy was in Donegal on Monday, meeting local residents concerned over right-of-way at Aghadachor, Carrigart blocked by a developer; walking Letterkenny’s Main Street with Donegal TDs Pearse Doherty, Pádraig MacLochlainn and other Sinn Féin Donegal representatives; and making other stops before launching a Sinn Féin document on rural Ireland at a public meeting in Ballybofey.

Cllr. Carthy said the sitting MEPs “have seen their role, first and foremost, in my view, as being Europe’s representatives in Ireland, to come and tell us what’s happening in Europe, rather than being Ireland’s representatives in Strasbourg and Europe, fighting for our corner.”

The councillor, a married father of four young children, said he has seen the impact of austerity measures on family members who have emigrated and friends struggling to keep a roof over their heads. He said he did not believe politicians in Dublin and Brussels understood the impact of emigration on rural communities. “I don’t think they understand what it means for a rural community to see an entire Leaving Cert class just up roots and go, when you see football teams finding it difficult to put out a full squad of players on a Sunday morning or when you see a school that’s looking down the line three or four years and wondering where the baby infants class is going to come from,” he said.

He said he believed government saw emigration as “one less person on the live register, rather than seeing the disastrous impact”.