A dark cloud has enveloped this small community. 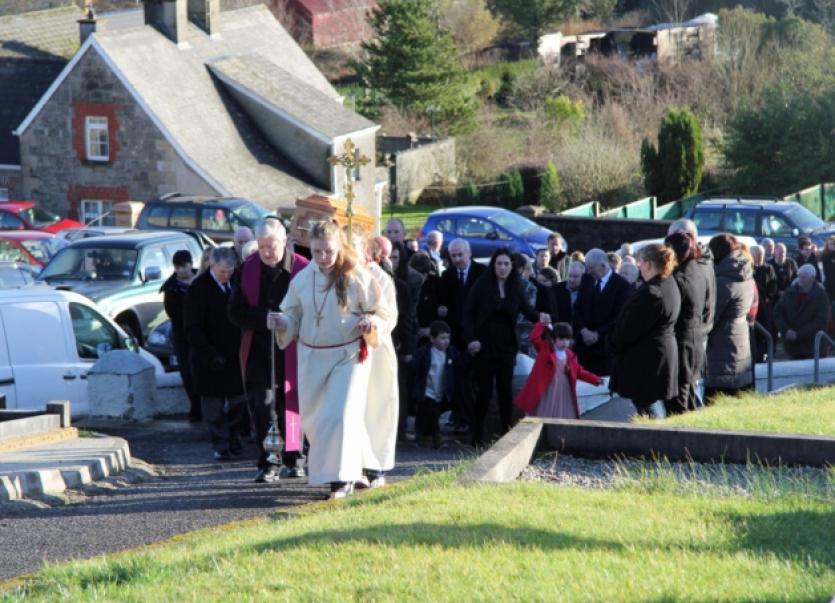 Welcoming the mortal remains of Donegal’s latest road victim to it’s final resting place, Fr. Owen McEnaneny of St. Joseph’s Church in Pettigo said that the community had been enveloped in a dark cloud of grief.

Welcoming the mortal remains of Donegal’s latest road victim to it’s final resting place, Fr. Owen McEnaneny of St. Joseph’s Church in Pettigo said that the community had been enveloped in a dark cloud of grief.

Patrick John McCafferty (49) known to all in the area as “Pat Jack” died after been struck by a vehicle at Tullychurry Rd. near Belleek shortly before 3am on Sunday last.

At the time of the incident no vehicle stopped and both the PSNI and the Gardaí have been treating it as a hit and run incident. It is understood that further investigation is taking place into the nature if the incident.

The incident occurred a short distance from his own home and by sheer fate less than 10 miles from where his niece, the popular journalist Donna Ferguson was killed a two vehicle collision in 2006.

At the funeral mass in St. Joseph’s in Pettigo this morning (Thursday) Fr. McEnaneny told the packed congregation, “All of you here this morning are affected by this tragedy. You are grief - stricken, your pain is immense.

“Regrettably your loss and pain is shared by many people throughout - the tragedy in Letterlenny where two young sisters tragically lost their lives and many others in this county and country.

“The reality of death is never going to be too far away - some of it can be avoided, some of it cannot. In a country this small we all know people who have suffered this grief, who knows what this coming year will bring?

“In death life is not ended, it is just changed.”