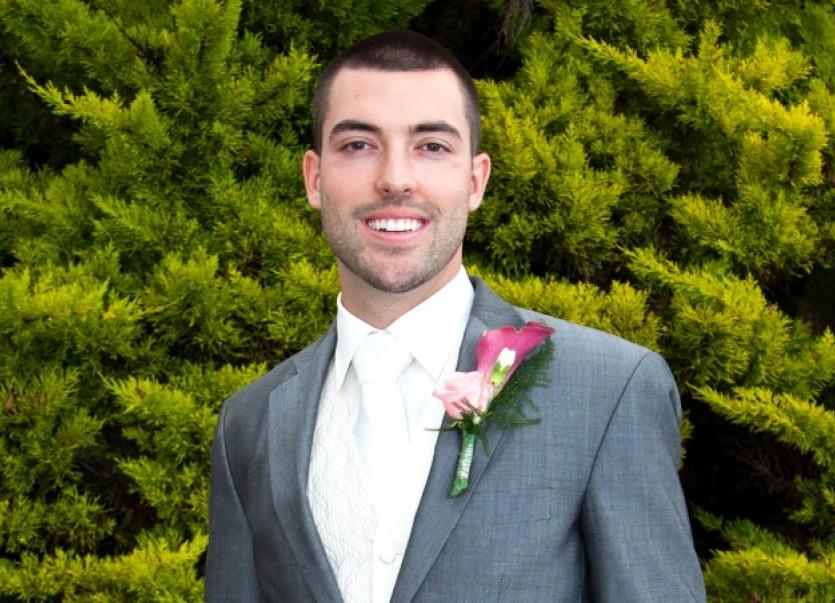 There was a great sense of shock and sadness at news of the sudden death of Kyle Hallowell (31) in Toronto, Canada on Tuesday of last week.
Husband of Ciara Buggy, Abbeylands, Ballyshannon, Kyle had become a much-loved member of the extended Buggy family and was a regular visitor to the area with Ciara since their marriage just six short years ago.
Indeed, Kyle and Ciara were in Ireland just before Easter for a friend's wedding. In a short number of visits Kyle had made a huge impression on everyone he met.
His sudden and extremely untimely death last week was learned of with a numbness and incredulity. He had gone out for a run after coming home from work and was not to return.
Kyle was always the life of the party. Whether he was entertaining family and friends at a backyard barbeque or beating everyone in a game of golf, his infectious laugh always brought a smile to those around him. He loved to joke and tease and always told incredibly entertaining stories of his daily encounters.
Kyle was very active and always on the go. He could regularly be found going for runs in the city, bike rides with friends, or participating in endurance events. Kyle’s competitive spirit brought him many successes, from excelling at sports to taking everyone’s money at the card table. He was the first to know about the best deals around, whether it was on a new TV or a trip to Mexico (“got the deal!”).
Kyle’s passion for travelling and adventure brought him to the love of his life, Ciara. After completing his business degree at Brock University in 2009, Kyle moved to Ireland to experience living abroad. Shortly before returning to Canada, Kyle met Ciara through a mutual friend and never looked back. Kyle and Ciara were married in Ireland on June 13, 2013 and built a beautiful life together in Toronto, Ontario. Kyle’s next big adventure was to become a father, which he was very excited about. He would have been an amazing dad and his spirit will live on in his son who is due in September 2019.
Kyle lived his life to the fullest and inspired others to do the same. As he put it best: “Let’s GO!”
Aged just 31, Kyle was laid to rest in Toronto yesterday (Wednesday).
Ciara Hallowell (nee Buggy) is a former Aodh Ruadh and Donegal footballer who still plays for St Mike's, Toronto. Among those at the funeral were Sean Harte and Angela O Muiri, President and Secretary of the Candian Board.
Kyle is survived by his wife Ciara; parents, Doug and Christine; younger brother, Brad and partner Stefani.
He is also survived by his grandmothers, Patricia and Merelyn; his uncle Ken and aunt Leslie; his aunt Lynne, uncle Keith, and cousins Heather, Colleen and Ashley; his mother and father-in-law, PJ and Anne Buggy; his brothers and sisters-in-law, Donal, Mairéad, Grainne, Ian, Sinead, Adrian, Aisling, Paul, Pauric, Aine, Aoife and Andrea; his nieces and nephews, and all his extended family.