Families seek the truth for slain loved ones 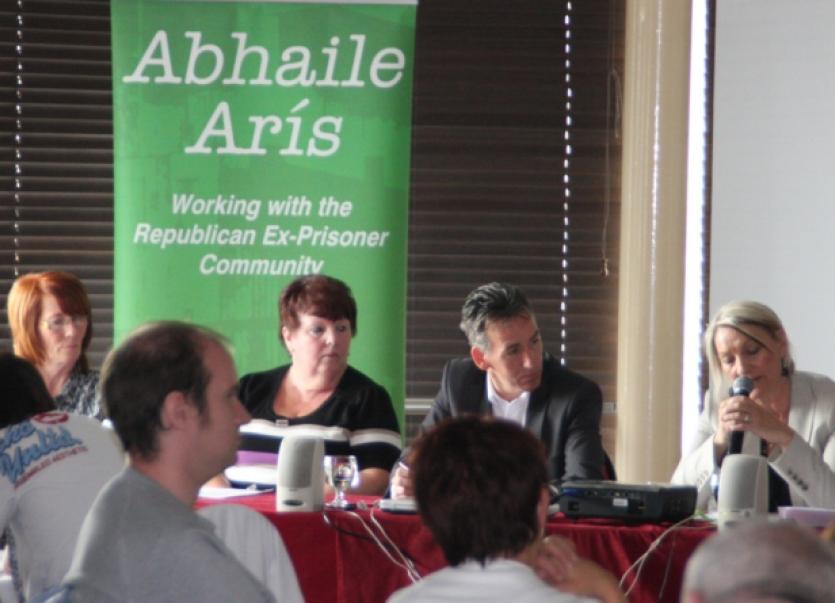 Relatives of the 11 people killed in the 1971 Ballymurphy Massacre have vowed to “set the truth free” in the killings of their loved ones.

Relatives of the 11 people killed in the 1971 Ballymurphy Massacre have vowed to “set the truth free” in the killings of their loved ones.

“We have the truth now, but we need everyone to know the truth out there,” said Alice Harper, whose father, Danny Teggart, was killed at Ballymurphy. The father of 13 was shot 14 times.

Alice Harper and Rita Bonner, whose brother, John Laverty, was killed at Ballymurphy, were among the speakers at last Thursday’s seminar, “Collusion: The Search for Truth”. Abhaile Arís, the Letterkenny-based republican ex-prisoner project, organised the event in Letterkenny.

Between Aug. 9th and Aug. 11th, 1971, 11 people were killed in the Ballymurphy area of west Belfast by members of the British Army’s parachute regiment. Those killed were unarmed civilians, including a Catholic priest and a woman who was the mother of eight children. The killings began on the day that the British government introduced the interment without trial policy.

Relatives of the victims of the Ballymurphy Massacre said they believe that if people had been held to account for the Ballymurphy deaths, Bloody Sunday in Derry, which took place six months later, would not have happened.

Alice said no one came to the door to tell the families that their loved ones had been killed. They learned the grim news only by searching for family members who had not returned home. She also said the families were subjected to harassment in the months that followed. “We were tortured and our houses were wrecked after,” she said.

Rita said another brother of hers was imprisoned for six months after Ballymurphy, “for a riot that never happened”. Ballymurphy was “a community torn apart, but it is a resilient community,” she said.

It was not until the summer of 1998 that Ballymurphy families came together at a conference organised by Relatives for Justice. For years, the families had suffered with their own loss and grief. But after that conference, 27 years after the massacre, families spent the best part of four years seeking eyewitnesses from Ballymurphy and the wider West Belfast area. They interviewed all surviving witnesses, 130 people, and researched public records and photographs from the time.

In response to a question from Sinn Féin Cllr. Michael McMahon, Rita Bonner said the families had lost confidence in the Historical Enquiries Team, the PSNI unit established in 2005 to investigate the 3,260 unsolved murders committed during the Troubles.

In a 2013 report, HM Inspectorate of Constabulary said the HET approach was inconsistent and had serious shortcomings. In 2009, a University of Ulster report by Dr. Patricia Lundy claimed the HET gave former soldiers preferential treatment and did not properly investigate deaths caused by the military.

Ms. Bonner said the authorities “put us through hell in 1971 and they are still trying to hide the truth”. The families are seeking an independent, international investigation to examine the circumstances surrounding all 11 deaths, and a statement of apology from the British government that acknowledges all 11 were innocent.

Responding to a question from Ciaran O’Donnell, deputy editor of the Donegal Democrat newspapers and chair of the discussion, Ms. Bonner said the families sought an inquiry more along the lines of the Hillsboro panel rather than the lengthier Saville inquiry. Hillsboro “is do-able,” she said.

Cllr. McMahon, in response to a question from Mr. O’Donnell, said politicians at all levels should drive on and promote the campaigns for answers. “Maybe it’s time we did take a stronger line on it, to bring it home to these people that a lot of our people suffered, north and south,” from British army activities and collusion, he said.

Letterkenny Mayor, independent Cllr. Paschal Blake, commended the Ballymurphy families. “It’s important to educate and make the public aware of what went on then,” he said.

More information is available at www.ballymurphymassacre.com.