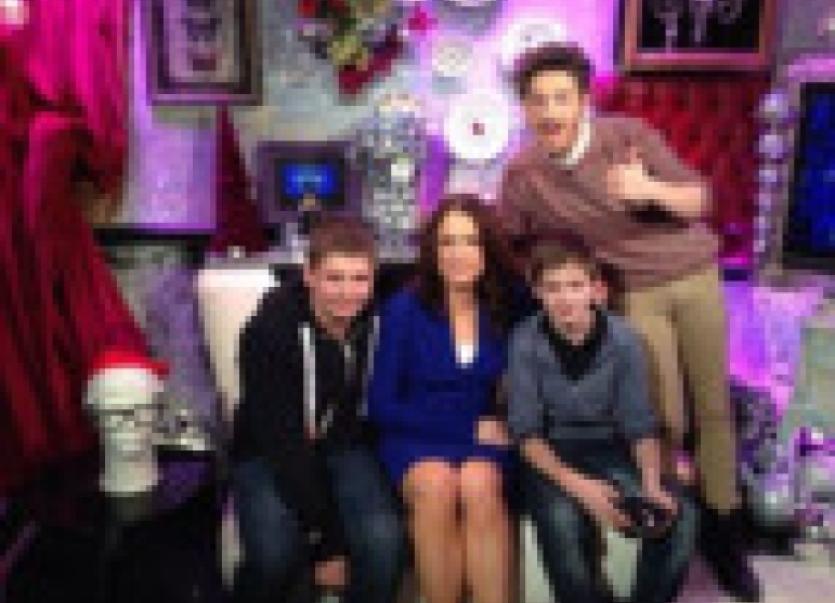 Its been a great year for a number of Donegal people this year and this evening on RTE 2 we all got a taste of success that they have enjoyed in the last year,

Its been a great year for a number of Donegal people this year and this evening on RTE 2 we all got a taste of success that they have enjoyed in the last year,

The McGarvey brothers Ronan and Conor of the now firmly established Donegal Pens appeared on RTE’s Two Tube earlier this evening with one of their biggest fans and supporters, Ramona Nicholas of Dragon’s Den and Cara Health and Beauty.

The two young entrepreneurs appeared on Junior Dragon’s Den earlier this year and emerged with the most investments of all the participants.

Ramona awarded them a €2,000 bursary and gave them a substantial order for her 14 Cara stores in the West and North West while fellow Dragon also placed an order with the McGarvey brothers.

Both Ronan and Conor talked about how Dragon’s Den was such an inspiration to them and provided them with a platform to enter into the “real” world of business.

The two lads are not getting much of a chance to enjoy the pre - Christmas festivities as they are snowed down with orders from all parts of the globe.

Ramona Nicholas who made her successful television debut only a year ago on “Secret Millionaire” which led to her role as a Dragon on the popular television series is now encouraging all those interested to get involved and put their applications in for the next series of Dragon’s Den.

“For many, this can be a totally life changing experience - it offers participants a national platform to showcase their ideas and the opportunity to get some solid investment and mentoring.” she said.