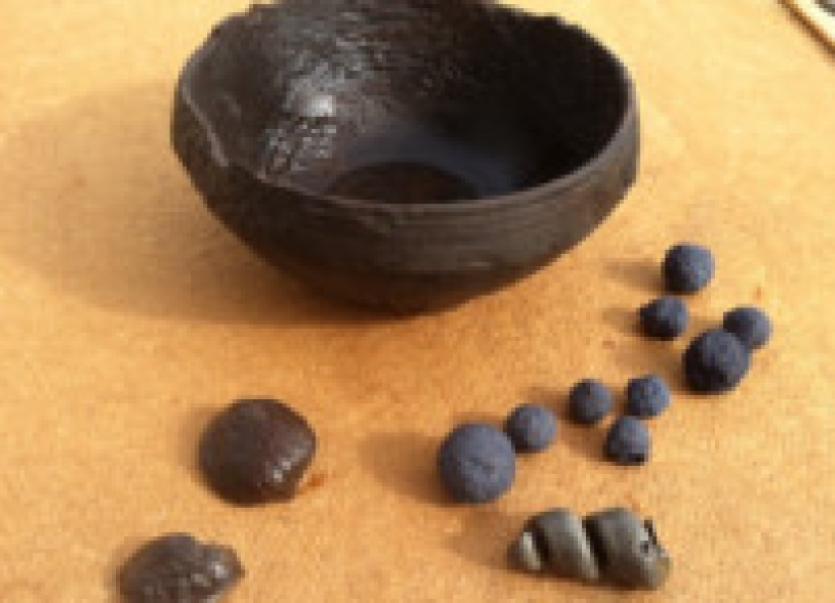 A team of divers and archaeologists have returned for further exploration of an early 17th-century shipwreck off the Burtonport coast.

A team of divers and archaeologists have returned for further exploration of an early 17th-century shipwreck off the Burtonport coast.

The team, from the Department of Arts, Heritage and the Gaeltacht and the Geological Survey of Ireland, has been investigating the wreck during annual expeditions over the past four years.

Connie Kelleher of the underwater archaeology unit of the Department of Arts, Heritage and the Gaeltacht said they hope to finish excavating the shipwreck over the coming two to three weeks. The ship lay on its starboard side off the coast of Rutland Island, and the team also hopes to locate materials that may have spilled out from the vessel.

Connie said analysis indicated that the ship dates from 1610-1620, slightly later than the Spanish Armada. However, there is not as much known about maritime history in Ireland during that period, making the find particularly interesting. “In terms of the local history, it is even more significant,” Connie said.

During earlier excavations, the divers discovered parts of barrels, pieces of leather, Iberian pottery, porcelain fragments, cannon balls and musket balls, among other artefacts. Local diver Michael Early recovered an intact tripod pipkin, one of the finest examples of its type discovered in Ireland to date.

Connie wrote an article for The Rosses Annual 2013 about the work. Describing the artefacts that had been recovered during 2011 and 2012 she wrote, “A beautiful intact wooden bowl was found in the stern area and made one immediately ponder who was the last person to use it.”

The discovery of Iberian pottery indicates there was trade with the Iberian peninsula or an encounter with a ship from that area, whether it involved trade, war or piracy. The team hopes their investigation, and analysis of the artefacts they recover, will help determine what kind of ship this was and what it was doing in the area. The project has been undertaken in partnership with the National Museum of Ireland, where colleagues are conserving all the material that has been recovered from the wreck.

Connie said ultimately the team hopes to publish their work in book form.

This is the final year of funding for the Rutland project. “I’m really going to miss it,” Connie said.

See Thursday’s Donegal Democrat for more on the project and its future.