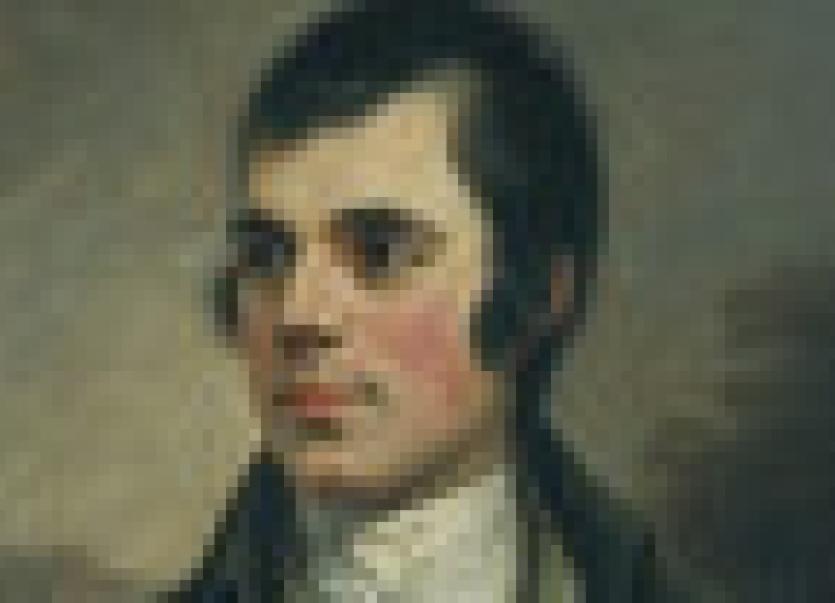 Robert Burns season kicks off this weekend with a new documentary on the poet and songwriter that will be broadcast on TG4.

Robert Burns season kicks off this weekend with a new documentary on the poet and songwriter that will be broadcast on TG4.

And next weekend, the Monreagh Heritage and Education Centre in Carrigans will hold their popular annual Burns Night supper.

To Burns’ international admirers he was a genius, a hero, a warm-hearted friend; yet to the mother of one of his lovers he was a wastrel, to a fellow poet he was “sprung from raking of dung”, and to his political enemies he was a traitor.

Robert Burns has the well-deserved reputation as the national bard of Scotland, but this new film explores an aspect of his life that remains relatively unknown: Burns described himself as a composer and collector of traditional song first of all, and a poet thereafter. Six of his most memorable songs feature in the film, performed by well-known Irish and Scottish artists.

“Robert Burns” is a Dearcán Media production for TG4 with ILBF funding.

Monreagh will hold their Burns Night supper from 7.30 to 11pm, Friday, Jan. 31st, at Halfway House, Burnfoot. Admission is 10 euro and the evening will feature a sparkling wine reception, two-course supper, live entertainment, a Scottish piper and Scottish dancing.

For more information, contact the Monreagh centre by phone at 074 9140708 or by email at kfegan@donegal.net.