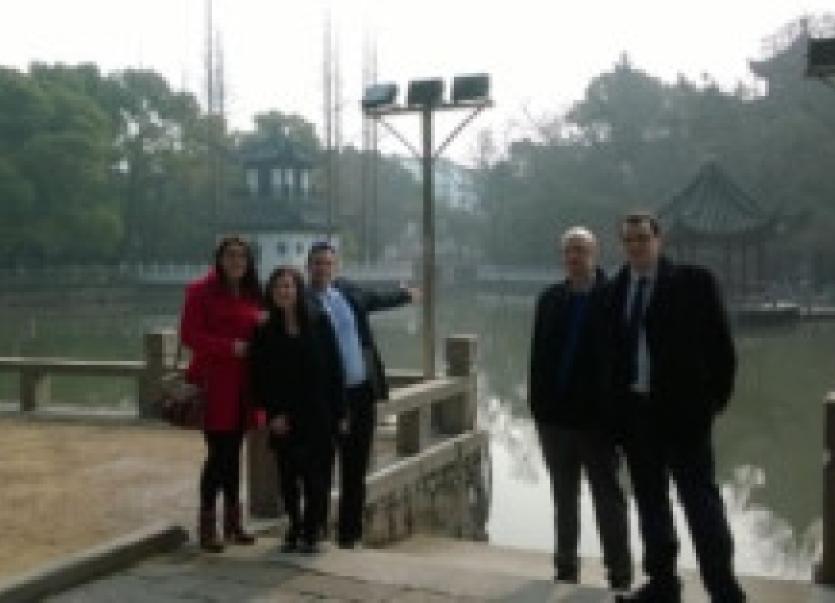 A group of students from the Letterkenny Institute of Technolgy have been sampling the delights for the Far East as part of a three month placement.

A group of students from the Letterkenny Institute of Technolgy have been sampling the delights for the Far East as part of a three month placement.

29-year-old Michael McKinney from Bundoran, is one of this year’s international marketing and professional selling with Chinese. He sent an update on how the group are settling in their new Asian home.

Michael explains: Well we’re three weeks into being in Shanghai now, and they’ve been busy one. So far we’ve met with government officials who’d be the equivalent in America to state Governors, met CEOs of multi-billon dollar companies, toured the studios of HIPPO animation, who George Lucas tried to buy for €500 million just a few short years ago and are the Asian Pixar, have been invited to be the guests of the Irish Consulate and Enterprise Ireland at various events in the coming days and will meet with Brendan Howlin on his trip here twice in two days. We are representing Ireland in the Shanghai Nations Cup GAA tournament with first game being us versus England, and have worked directly with several Chinese companies looking to break into the European market and seeking our advice on how to best approach it.”

He added the group appeared on Shanghai morning television and are having a State documentary made about their experience.