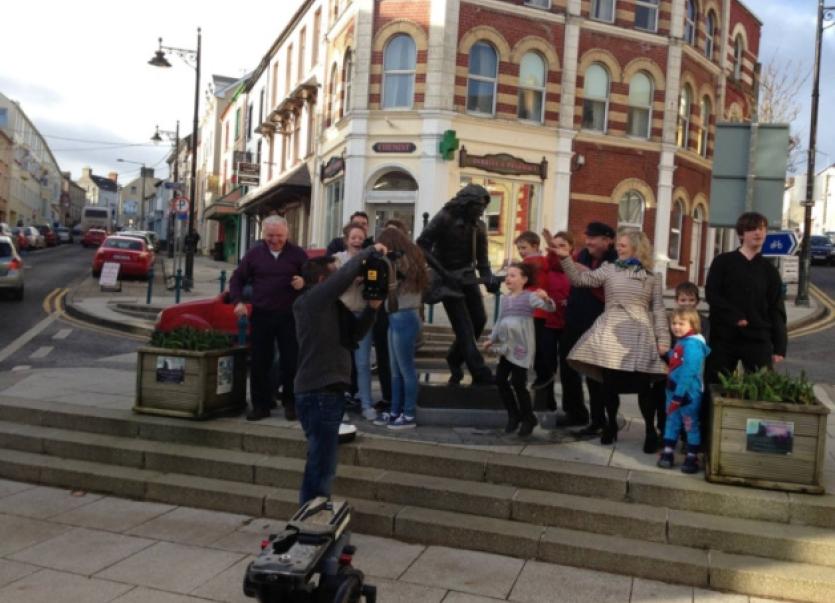 Donegal has been part of a YouTube sensation over the past week as a video launched on the 4th March went viral with a staggering 115,000 views in its first week.

Donegal has been part of a YouTube sensation over the past week as a video launched on the 4th March went viral with a staggering 115,000 views in its first week.

The video, which was only filmed and edited over the first weekend in March, uses the song ‘Happy’ by Pharrell Williams to showcase the many attractions in Donegal with locals being filmed ‘happy’ in several parts of the county.

Locals are filmed dancing, swinging, twirling and generally letting their hair down to William’s dulcet tones. The video is the brainchild of Shane Wallace from Wallace Media in Inishowen and Grace Ann McGarvey from Grace Ann Marketing in Letterkenny.

“Late last year I was in Ballyshannon with Paul McLoone when we met up with John Sheahan of Dubliners fame who told us that if you really want to showcase a location always use music as it is the common language of the world. I mentioned this casually to Grace Ann a few weeks ago and she told me of the Pharrell Williams happy phenomenon and with her persuasion we decided why not to a Donegal is happy video. The video has now been seen in all five continents and in nearly 100 countries and we are just blown away by the scale of the interest throughout the world. It is a simple idea but is a fantastic showcase for the County,” said Shane Wallace.

Grace Ann McGarvey is delighted with the success of the venture. “I was aware of the Pharrell Williams song and its adaptation by a number of cities in different parts of Europe and the USA. It was felt that it would only work in large populations centres but I thought what the heck we can do it better here in Donegal. So when I convinced Shane to do the filming I called in a little help from my friends and we went at it hammer and tongs about two weeks ago. I come from a marketing background and always wanted to get involved in a major marketing initiative for the County. This has turned out to be one of the most successful promotions for Donegal and I am delighted to assist in some small way. What is really exciting is that it has been a huge hit on social media and as a result we have a new younger audience maybe looking at Donegal for the first time.”

Former tourism manager for the region Paul McLoone is delighted to be associated with the project: “I have been hugely impressed by everyone’s professionalism and hard work in the making and production of the video. It is mainly a voluntary effort with everyone given their time free of charge but is a great example of innovation and forward thinking by those involved. I know Shane and Grace Ann quite well and I am not surprised at all by the success of the venture because I know the quality and standards they bring to the table. It is a great marketing initiative for the County and it proves that you don’t always have to spend big to make a major impact.”

When the video was been made it was hoped that it might get 10 to 15 thousand views but with the audience now at a whopping 115,000 it is hoped that the makers will remain happy for some time to come.