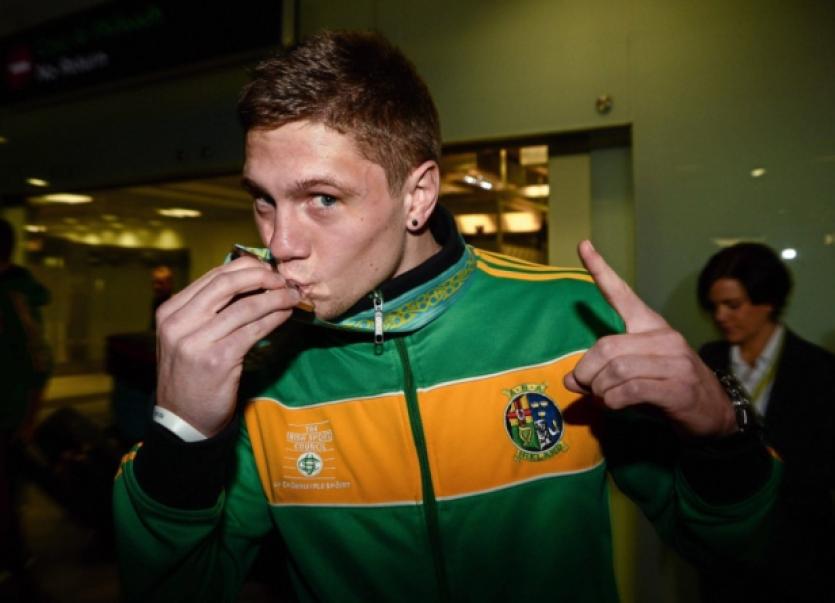 Speculation is rife this morning over whether or not Jason Quigley is about to join the professional boxing ranks.

Speculation is rife this morning over whether or not Jason Quigley is about to join the professional boxing ranks.

The Ballybofey native did not register for the National Championships - the preliminary rounds of which take place this Friday and Saturday - by Tuesday’s deadline of 6pm. Quigley this morning confirmed he is unavailable for comment.

Not taking part in this year’s National Championships doesn’t necessarily mean a definite switch is on the cards for the Finn Valley ABC member. With no European or World Championships on the boxing calendar in 2014, it’s possible that Quigley could compete for the national title prior to the Olympics in 2016 in Rio.

The championships spring-boarded the now 22-year-old onto European glory, when he overcame Romania’s Bogdan Juratoni in Minsk, Belarus, in June. Quigley came home from the AIBA World Championships in Kazakhstan in October with a silver medal having become the first Irishman ever to reach a world final. He also returned with the status of joint world number one.

Quigley has made no secret his ambition was always to go professional at some stage or other and was balancing his options as recently as December when he spoke on the matter.

“I’m tipping to one side and then tipping to the other,” he said before Christmas. My future’s undecided at the minute but pro is definitely a big, big ambition of mine. It could be done very shortly.”