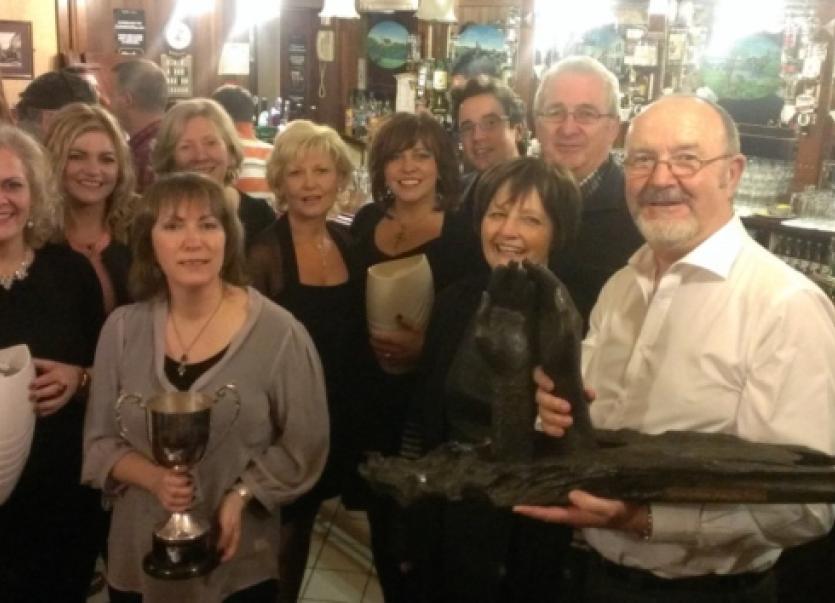 Ballyshannon Drama Festival won the Blue Riband and took 1st place in the Open Section of the 32nd Kiltyclogher Drama Festival with their performance of ‘The Gingerbread Lady’.

Ballyshannon Drama Festival won the Blue Riband and took 1st place in the Open Section of the 32nd Kiltyclogher Drama Festival with their performance of ‘The Gingerbread Lady’.

News of the win prompted cheers of delight in Ballyshannon’s Abbey Arts Centre shortly after the opening night performance of the local Ballyshannon Festival which is in its 62nd year and runs until next Sunday night.

As the curtain came down on the 32nd Kiltyclogher Drama Festival on Saturday night the Festival Committee were delighted with the large crowds who attended and the excellent performances of the groups over the 8 nights.

The Festival Committee would like to thank the Adjudicator, Martin McGuinness for his informative and animated adjudications each night and to all the groups who travelled, some from a great distance, to perform at the Festival, in our eyes you are all winners. The Festival could not continue without the support of the local people who help to cater for the groups, look after the door and to the people who were there each day to greet and assist the Groups. To our very generous sponsors who every year without fail give their support. Thank you to the local Parish Newsletters for their great coverage of the Festival and to all who helped with publicity. A final word of thanks to our audiences who came in such great numbers we hope you had a great week of drama and look forward to seeing you next year.