The Donegal man and Buffalo Bill 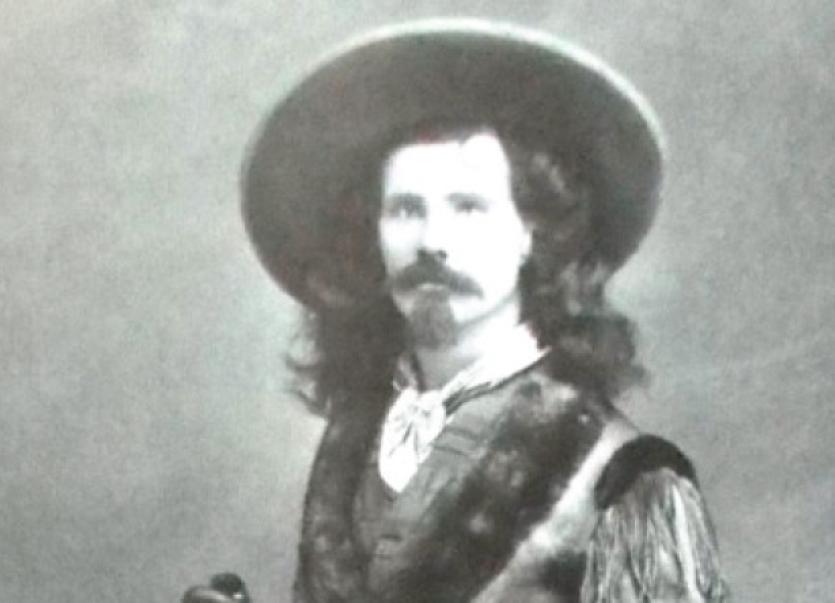 The role played by a Donegal man in the history of the United States is revealed in a new book launched this week.

The role played by a Donegal man in the history of the United States is revealed in a new book launched this week.

‘Kith and Kin’ by well known local historian Alister McReynolds includes the story of Captain Jack Crawford from Carndonagh who became known as ‘The Poet Scout’.

Crawford was born in 1847 and when he was 14, sailed from Derry with his siblings to join their parents in Pennsylvania. However, by the time they reached their new home their father had already left to fight in the Civil War.

Young Jack immediately started work in the coalmines and just a year later lied about his age to join the Pennsylvania Regulars.

Jack was wounded at the age of 17. Although he was to be injured twice more, it was during this recuperation that his life was transformed.

He was nursed back to health in the Sisters of Mercy hospital in Pennsylvania where the nuns not only treated his wounds but taught him how to read and write.

This allowed him to get a job as a postmaster and he eventually became a writer and poet.

Jack’s remarkable life saw him become, among other things, a friend of Buffalo Bill Cody and an entertainer in Buffalo Bill’s Wild West Show as well as a special agent for the Justice Department.

In July 1894 he sailed back to Ireland and visited his childhood home in Carndonagh. He wrote: “It did my heart good to receive such a reception as that granted me by my townspeople”.

It is just one of the life stories in the book which highlights the roles played by Scotch-Irish pioneers, clergy, cavalry men, presidents, and inventors in shaping America.

Alister said: “These are warts and all portraits of those who left here and played substantial roles in establishing the new country. People may be surprised at the unusual connections some very famous people have to the Scots-Irish.” ‘Kith and Kin - The Continuing Legacy of the Scotch-Irish in America’ is in local bookshops or online from www.booksni.com