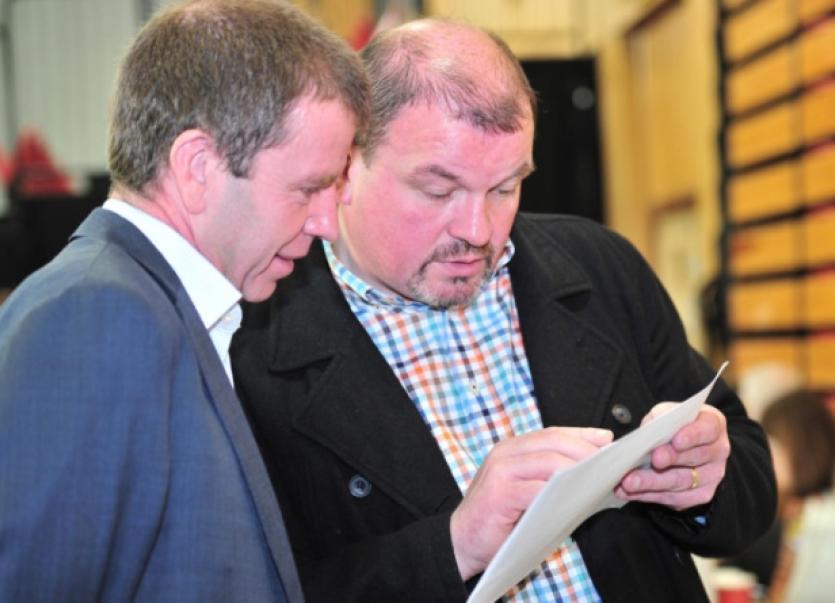 Verification of ballots in the Letterkenny Electoral Area was continuing after 4.30pm today.

Verification of ballots in the Letterkenny Electoral Area was continuing after 4.30pm today.

Observers said tally figures suggested that while up to four seats could likely be predicted, five or six of the 10 electoral area seats were up for grabs, with transfers expected to tell the story.

Tally figures for the Letterkenny area showed Fianna Fáil Cllrs. Liam Blaney and Ciaran Brogan appearing to lead the 22-candidate field, as expected, and also showed independent candidate John O’Donnell from Kilmacrennan in amongst them.

James Pat McDaid said his tallies exceeded expectations. He said his target vote was 1,000, but tallies put him at closer to 1,300.

“I’m very happy with the support and encouragement,” he said, adding that his campaign received particular support from young people.

Sinn Féin Cllr. Gerry McMonagle said his party were hoping to take two seats in the Letterkenny area and tallies for himself and his party colleague, Cllr Mick Quinn, suggested that they will.

However, Cllr. McMonagle said, “Transfers will tell us.”

For updates throughout the count from Letterkenny and other Donegal count centres follow the Donegal Democrat on Twitter at @dgldemocrat, or use the hashtag #dglle14