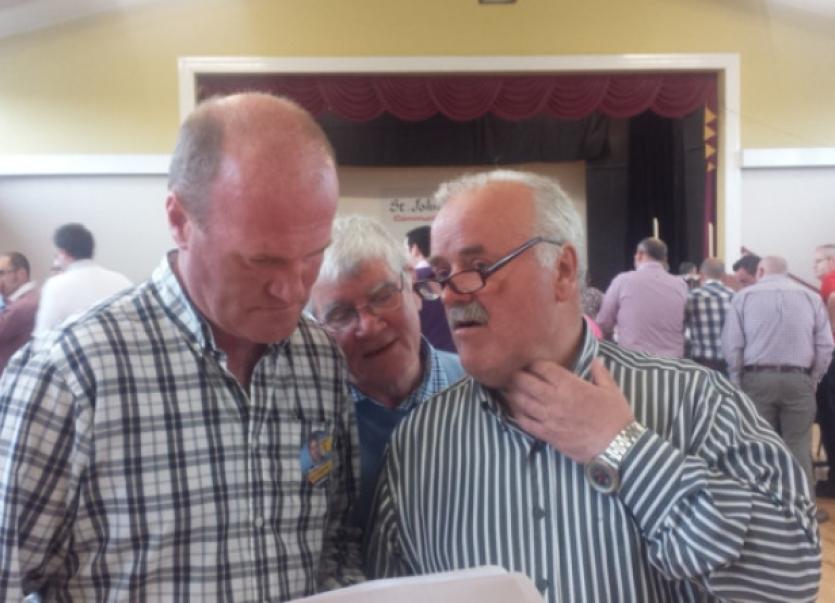 There’s still no sign of a first count being announced for the Donegal Local Electoral Area at the St John Bosco Centre in Donegal Town.

There’s still no sign of a first count being announced for the Donegal Local Electoral Area at the St John Bosco Centre in Donegal Town.

This year’s turnout, at 58 per cent, is significantly down from 2009, when 66 per cent of voters cast their ballots.

Going on unofficial and incomplete tallies newcomer Niamh Kennedy, an Independent from Killybegs, is set to top the poll with around 1,700 first preference votes.

Hot on her heels is FF veteran Sean McEniff, the Bundoran man who was first elected to Donegal County Council in 1967. Tallies showed him at around 1,600 votes.

Fine Gael are struggling, with Cllr Barry O’Neill sitting around the 1,100 mark and Cllr John Boyle on less than 900 first preferences.

Independent Cllr John Campbell and FF Cllr Brendan Byrne are also right at the 1,100 mark, while SF Bundoran Cllr Michael McMahon has 1,000 votes and his SF colleague Noel Jordan is at around 950.

Ballyshannon Cllr Brendan Travers (FG) told the Democrat he’s “disappointed that Fine Gael will struggle to get one seat” in the Donegal Electoral Area. “While I appreciate that there has to be some austerity,” he added, “but maybe it’s time to review it and use the next 18 months to make up some lost ground”