Count gets under way in Letterkenny 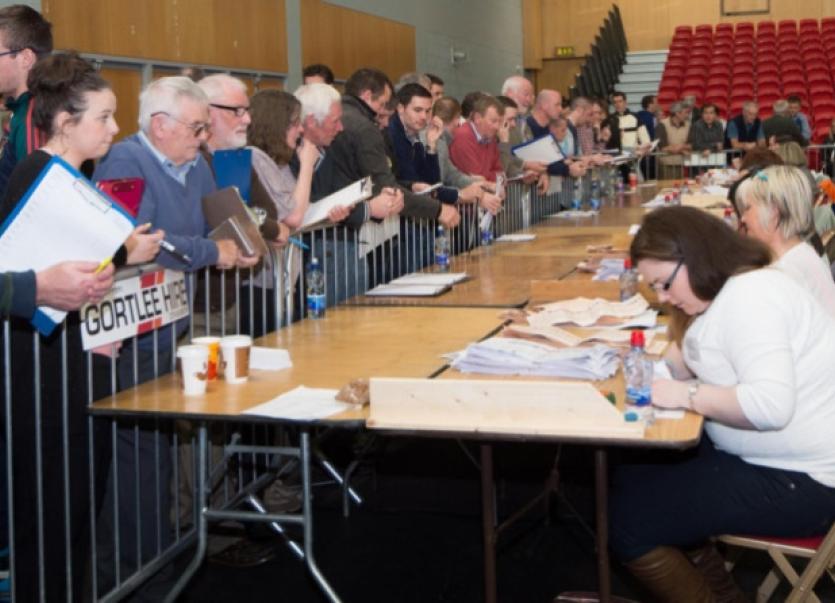 The first count for the Letterkenny Milford Electoral Area has gotten under way at the Aura Leisure Centre in Letterkenny.

The first count for the Letterkenny Milford Electoral Area has gotten under way at the Aura Leisure Centre in Letterkenny.

Candidates and supporters are just beginning to filter into the count centre, far fewer people at this point than the crowds from across the county that filled the centre early on Saturday for the sorting of local and European ballots from all five Donegal constituencies.

Tallies were conducted during yesterday’s sorting of the ballots, which left candidates with a good idea of where they will stand when the votes are counted.

Tally figures for the Letterkenny area showed Fianna Fáil Cllrs. Liam Blaney and Ciaran Brogan appearing to lead the field, as expected. But tallies also showed independent candidate John O’Donnell from Kilmacrennan was right in amongst them.

Glenswilly footballer James Pat McDaid also appeared to have taken a significant vote and was looking good to take a seat on Donegal County Council, according to the Saturday tallies.

For updates throughout the count from Letterkenny and other Donegal count centres follow the Donegal Democrat on Twitter at @dgldemocrat, or use the hashtag #dglle14