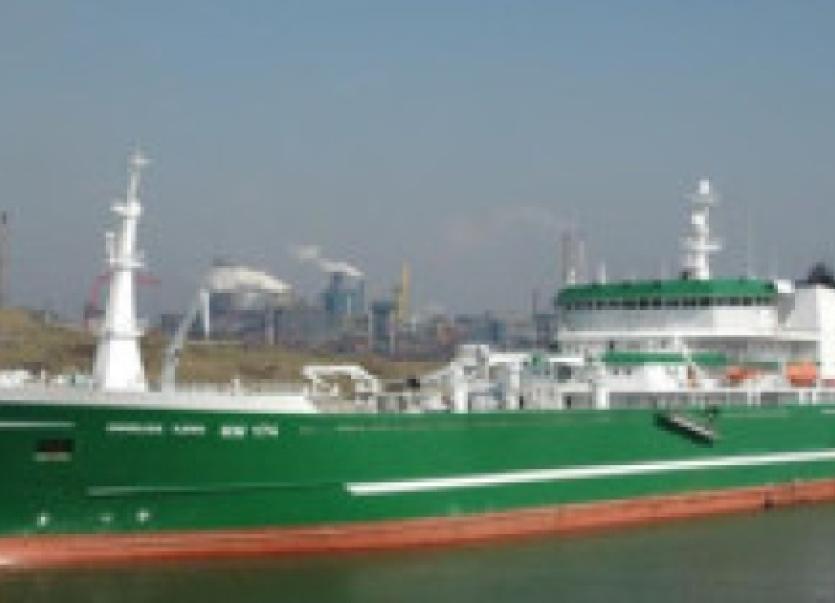 The state is looking for more than €5.9m bond on a fishing trawler which has been detained in Killybegs since Friday.

The state is looking for more than €5.9m bond on a fishing trawler which has been detained in Killybegs since Friday.

It is alleged that three breaches of fishing regulations were observed and the trawler, one of the biggest in the world, was brought to Killybegs.

Solicitor Ciaran Liddy said the State was seeking payment of €5,922,544 before the trawler could be released. The figure is made up of the value of all the fish and gear on board at the time of detention, as well as the maximum fines and provision for costs.

Defence solicitor Dermot Barry told the court “The bond that is being looked for is out of the question. In this case, the evidence, such as it is, has a value of approximately €20. It’s costing him €100,000 a day to keep the ship in port.”

Mr Liddy said the case concerned more than €20 worth of fish: “It’s alleged that the grading machinery was used in circumstances where it shouldn’t have been, to remove smaller fish and leave bigger fish.”

Judge Kilrane set bail at €250,000. He said he would not execute the order until 10.30am tomorrow (Tuesday) at Carrick-on-Shannon court. This gives the state time to challenge his ruling in a higher court, if it is thought bail should be higher. This also means that the trawler cannot leave Killybegs until 10.30am tomorrow.

The ship’s owner, Diek Parlevliet, asked to speak. He pointed out that the skipper was arrested on Friday, just before the weekend, and the detention of the ship was something that cost a lot of money.

With regard to bail, he commented: “I’m hearing amounts of €5-6 million. I’ve never heard of this in my life. I’m not happy with €250,000 but at least it is considerably down. We feel that this is about €20 worth of fish, and nobody has seen any fish going into the sea.”

The case is due to be heard at the next sitting of the Circuit Court in Donegal Town on December 10.