Dogs starved to half their normal weight 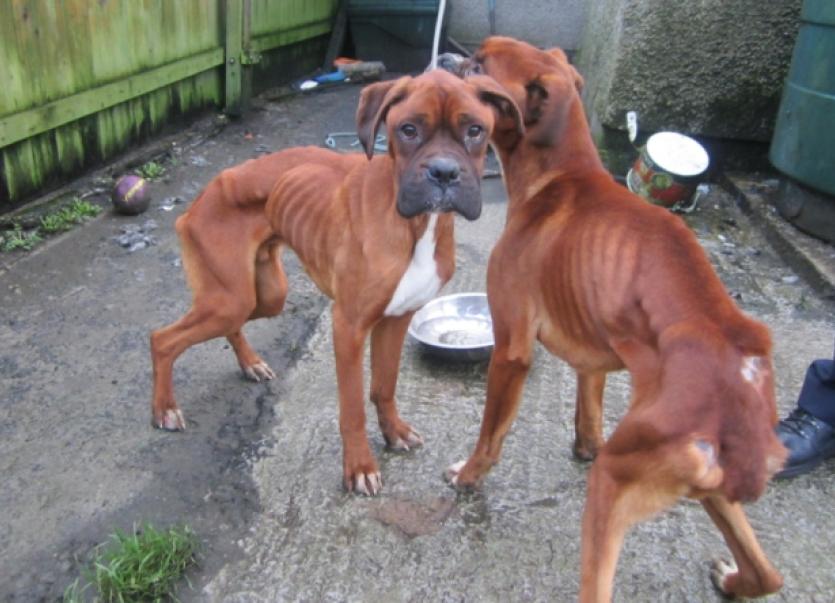 Two neglected Boxer dogs found in a back yard in Raphoe were half their normal body weight Letterkenny District Court heard.

Two neglected Boxer dogs found in a back yard in Raphoe were half their normal body weight Letterkenny District Court heard.

They were found in a poor condition where their ribs and bones could be seen through their skin, as well as sores on their bodies.

Louise Gallagher of 2 Meadowhill, Raphoe pleaded guilty to animal cruelty after the dogs were inspected by animal welfare authorities on January 15.

ISPCA Inspector Kevin McGinley said they received a report of concerns over the welfare of two boxer believed to be in poor condition. He arrived at the home of Louise Gallagher and was brought to the backyard of the house.

He said the two dogs, called Mitch and Samson, were friendly but severely malnourished. They yard was untidy with a “large amount of excrement” in it.

Gallagher then signed the dogs over the ISPCA.

She told the inspector that the dogs belonged to a man who had left her residence a number of months earlier and she was “feeding them the best she could” and the task was shared between her and her young son.

Both dogs weighed approximately 15kgs, half their expected body weight.

They were later handed over to the ISPCA for rehabilitation and have since been re-homed in Co. Meath, Mr McGinley stated.

Solicitor Frank Dorrian asked if it was the case they belonged to a person who had since left the residence and he replied this was the case. Two dog licences were handed into court for the animals.

“It was simply a case of starvation,” Mr McGinley stated.

Mr Dorrian said his client was “utterly incompetent and she was not deliberately cruel.”

He said the dogs were left with her during a time of “personal crisis” and while she not an “animal lover” she was not indisposed to the pets either.

He said she regretted allowing the dogs to get into the condition they were in and was “embarrassed” by it.

He said she never kept animals before and would not keep them in the future.

Judge Paul Kelly disqualified the mother of two from keeping dogs for a two year period.

He adjourned sentencing to June 9 to allow her time to pay the €652 expenses incurred by the ISPCA during the case.