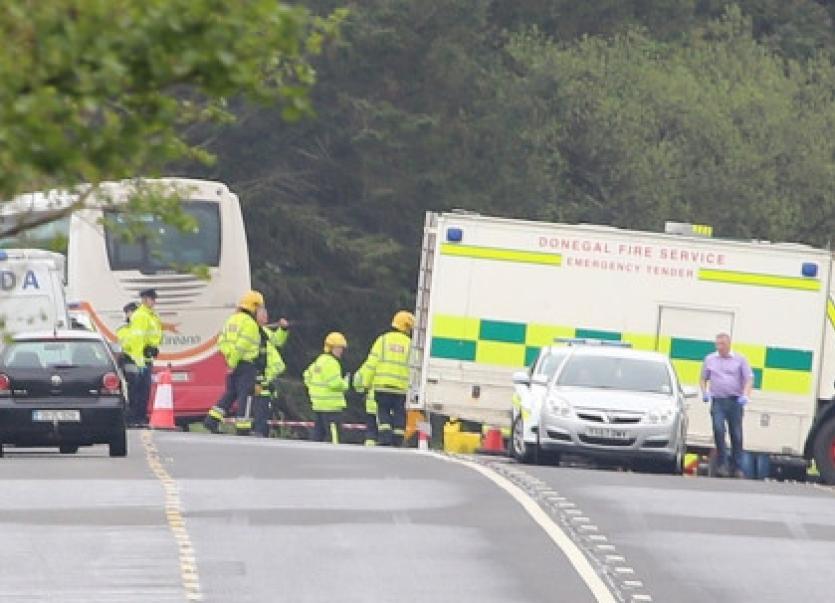 The mum of three who died in a crash on the N13 at Newtowncunningham yesterday has been named.

The mum of three who died in a crash on the N13 at Newtowncunningham yesterday has been named.

Thirty-eight year old Siobhan Hutcheon, née Coyle was from Foyle Springs in Derry and was living in Ardmore Manor, Muff.

She was travelling with her three sons when her car and a Bus Eireann bus collided at 3.30pm.

Her three young sons, aged 13, 8 and 7, were taken to Altnagelvin Hospital. One of the boys was transferred to the Royal Victorial Hospital in Belfast on Saturday night, where his condition was described as stable. The bus driver was unharmed.

The N13 was closed following the collision, while Garda forensic teams carried out their investigations at the scene.

Gardaí are asking ask witnesses or anyone with information to contact them at Letterkenny Garda Station on 074 916 7100 or on the Garda Confidential Line, 1800 666 111.