Christmas Eve in the Bluestacks 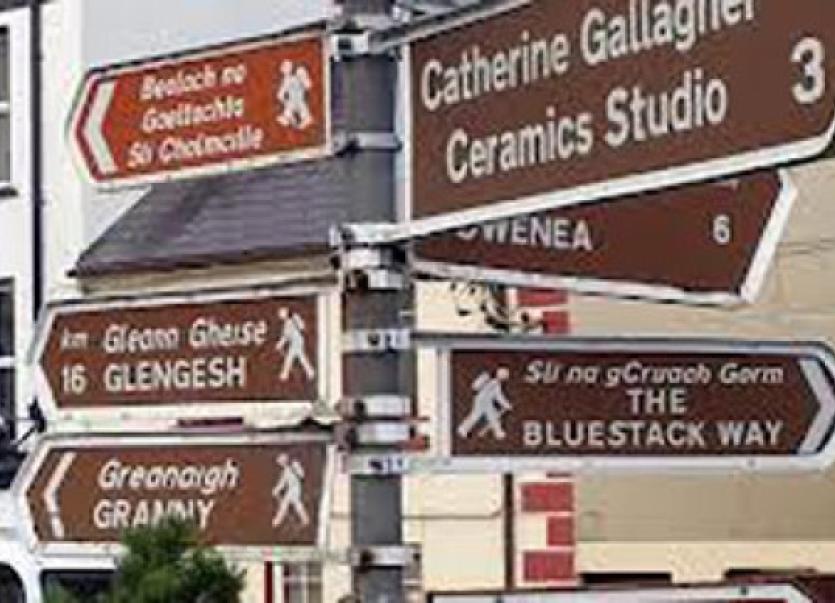 A well known hill walker who has trekked over many mountains and valleys throughout the country recalls his Christmas Eve on the Bluestacks.

A well known hill walker who has trekked over many mountains and valleys throughout the country recalls his Christmas Eve on the Bluestacks.

In a recent tweet Rusty Surginor recalls, “ Before sunrise on Christmas Eve I walked through the tiny village of Ardara, Donegal towards the Bluestack Way. In the pre-dawn gloom I crept through silent empty streets, the air thick with the smell of turf on the fire. Pausing to light a cigarette on a bridge, I stopped to take in the moment.

“There was not another place on earth I’d like to have been and not another moment in time I’d prefer to inhabit. I let this thought sit heavy and content with me, and thought about nothing.”

He continued “I pushed on and after a small ascent I had left the town of Ardara behind and was striding along the Bluestack Way tracing the swollen banks of the Owenea River heading in the direction of Glenties. Whilst aware that I was walking the route backwards (Ardara is traditionally the finishing point of the Bluestack Way) it made little difference as I enjoyed the breathtaking scenery and the solitude of being truly alone on the trail.

“The sound of the coursing river interspersed with birdsong were the only noises in the stillness and slumber of Christmas Eve morning.

“Following the trail the views of the surrounding hills and mountains showed a thin layer of snow on the higher ground. Whispy clouds danced around the icy peaks and dispersed in the still valleys below. I progressed along the trail a fine mist of rain turned into pea size lumps of hail. Stinging on the skin: melting shortly after contact. The grey sky above was illuminated and after counting two seconds the rumble of thunder came.

“Two miles I thought. Far enough away not to worry. I marched on into the wind and towards waves of horizontal rain that I could actually see blowing in across the horizon from the snow capped mountains.

“For the next 20km I followed the Bluestack Way along riverbank, path and dirt trails taking in the sights, sounds and smells of this magnificent walk. Thinking and not thinking. Getting lost in thought and then at times being fully present in the moment.”

Concluding Rusty wrote, “Upon reaching the town of Glenties I found that people had woken from their slumber and the town as slowly awakening. As a gloomy dawn broke the yellow welcoming light poured onto the dark street from cafes and shops. I stopped at a shop for a bar of chocolate and a young girl with pretty eyes behind a counter was perplexed as to why someone would attempt the way on such a stormy morning. I smiled and thought of an answer but in lieu of one I simply said “There’s no bad day for hiking”.”

About the author; Rusty Surginor

Rusty is a keen hiker of the Mourne mountains and Belfast hills, who also enjoys camping, preferably with the minimum amount of equipment required. An occasional climber and regular outdoor runner, Rusty enjoys varied outdoor pursuits and even indulges in a little quiet bird watching to relax after a few gruelling days in the hills. Rusty also trains regularly in multiple martial arts disciplines and is an enthusiastic advocate of self defence amongst others in outdoors circles.