A community smothered in grief 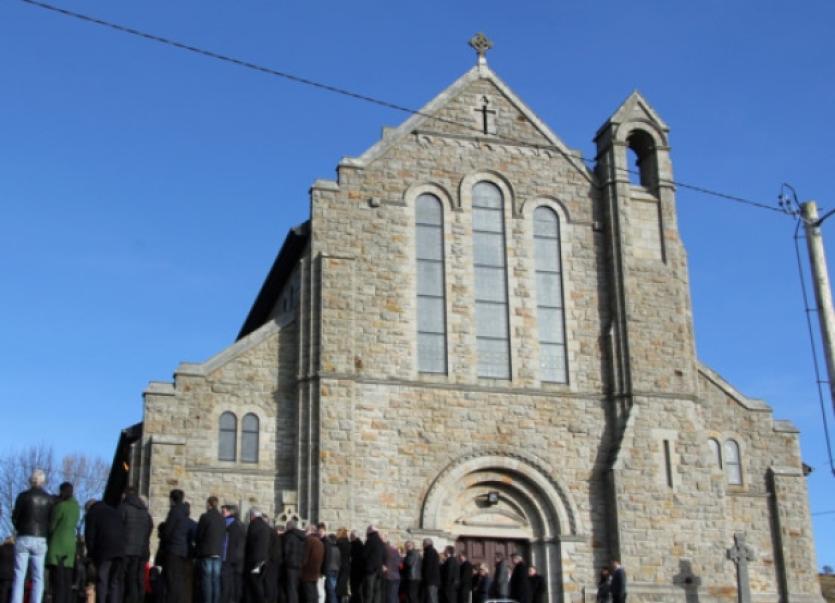 There was an eerie silence in the village of Kilcar afternoon as the remains of one of the community’s most popular sons was laid to rest.

There was an eerie silence in the village of Kilcar afternoon as the remains of one of the community’s most popular sons was laid to rest.

John Campell Jnr. of Castlecarn suffered fatal injuries on Tuesday evening after the car that he had been working on at his home collapsed on top of him.  Despite the best efforts of both the ambulance crew, the Gardai and all those who tried to resuscitate him, Mr. Campbell was pronounced dead at the scene.

As a reflection of the late Mr. Campbell’s popularity, the village Church of St. Cartha was thronged by his family, many friends and politicians from all the political parties, all united in their grief.

Fr. Eddie Gallagher, PP of Kilcar said that the community of Kilcar and nearby Carrick were numb with grief when he also remembered the late Jamsie Maloney of Carrick who had passed away suddenly inPerth, Australia.

“I know both families very well and it is just so hard to imagine what they have gone through - in these two parishes we have a broken and lonely community.

“John will not grow old - we will always remember him as a young man.” John’s wife paid a beautiful tribute to her late husband after the Mass had ended saying that he was the most beautiful and kind man she had ever met - “I have lost my soulmate, my best friend, my husband and the father of my three children.”

She went on to read out two poems one composed by her three young children and the other by herself.

As John’s mortal remains were led to his final resting place to the sounds of “The Green Fields of France” there wasn’t a dry eye in the church.