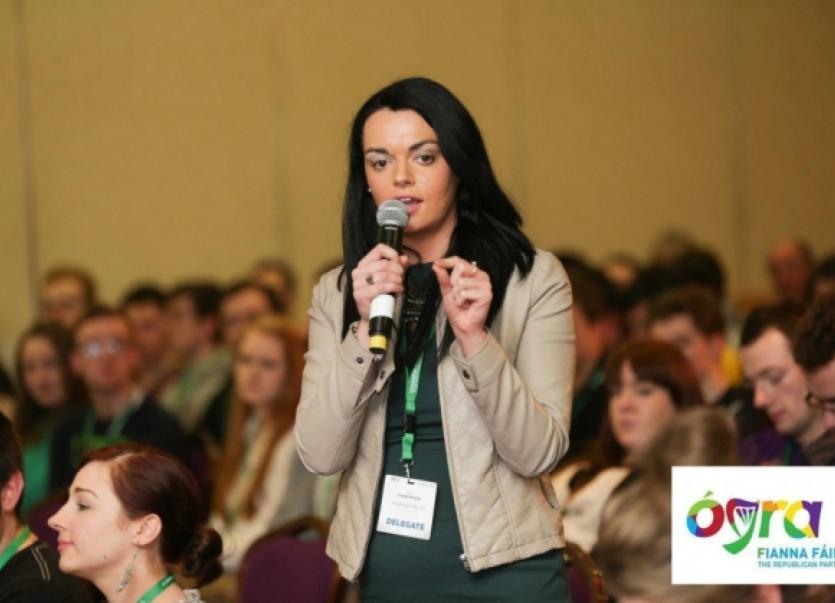 A Stranorlar based teacher is seeking a nomination from her party, Fianna Fáil, to run as a candidate in next May’s Local Elections.

A Stranorlar based teacher is seeking a nomination from her party, Fianna Fáil, to run as a candidate in next May’s Local Elections.

A member of the teaching staff of Finn Valley College, 31 - year old Claudia Kennedy comes from a farming background in Ardfarna in Bundoran and hopes to contest a seat in the Donegal Electoral Area.

Ms. Kennedy was recently involved in controversy when she indicated that she had been selected by the Cumann in Bundoran however it later emerged that this was a misinterpretation of the party rules. However, Ms. Kennedy can still receive a nomination to contest convention with the backing of another cumann or five paid up members of the party.

Ms Kennedy stated, “The politics of the past needs to stay in the past, if we are to progress with confidence into the future.

“I have now served two years on the National Executive of the party, which has given me an insight into how our party has learned from past mistakes to ensure that it does not happen again”. Fianna Fáil conventions to select their county council candidates are expected to take place later this month.