Cope intent in securing 12 in a row! 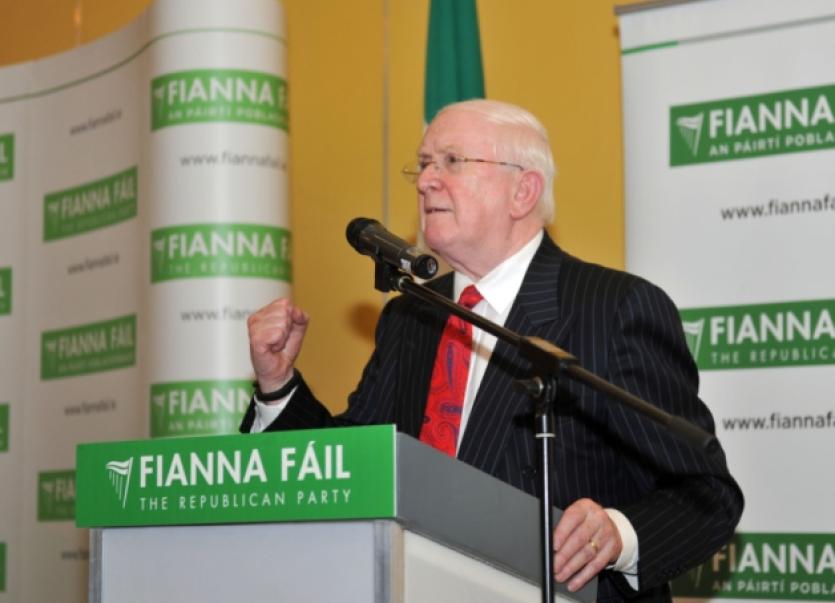 As expected Fianna Fáil has chosen two candidates to contest the forthcoming European elections in the new extended Midlands-North West constituency at their weekend convention in Mullingar.

As expected Fianna Fáil has chosen two candidates to contest the forthcoming European elections in the new extended Midlands-North West constituency at their weekend convention in Mullingar.

Pat the “Cope Gallagher” from Dungloe is one of Ireland’s most respected MEP’s in Brussels and Strasbourg and a proven vote getter.

Yesterday the Dungloe man joked, “Mid - week its Europe and at weekends its back home to look after my constituents in Donegal.”

Senator Thomas Byrne, a father of three from east Meath, represented the people of Co Meath in Dáil Éireann between 2007 and 2011. He was elected to Seanad Éireann in 2011, where he currently holds the position of Fianna Fáil’s Spokesperson on Public Expenditure.

Speaking to the DPP/DD yesterday, Gallagher said, “Its back to Brussels in the morning as I have various important meetings scheduled in Strasbourg and later in Iceland - in three weeks time I will be home for the duration of the campaign and in spite of the larger constituency, I intend to travel the length and breath of this country to maximise the Fianna Fáil vote and ensure that I hold on to this seat. It will be tough but I feel that we can do it together.

“My key priority is to increase the focus on job creation and growth in the North West and Midlands regions. It is vital that we leverage the funding available in the European Budget to support towns and villages that have not benefited from any recovery. I also believe we need a far greater focus on supporting our SMEs, which are the engine of growth in the Irish economy. “

Speaking later last night on “The week in Politics” Gallagher was asked by Aine Lawlor which contest he would be watching on Sunday May 25th.

He retorted, “To be quite honest, the dye will be well cast by then - I intend to be in the thick of it in Celtic Park in Derry supporting the Donegal team where hopefully Jim and the lads will be doing the business.”

Fianna Fáil Leader Micheál Martin said “The unanimous selection of Pat the Cope Gallagher is a fitting tribute to the great work he has done over not just the last five years but also his entire career.

“Pat the Cope has gone before the people in national or European election on 11 occasions and he’s won every time. You don’t build up a record like that just by being a good campaigner – it comes from delivering for the people.”