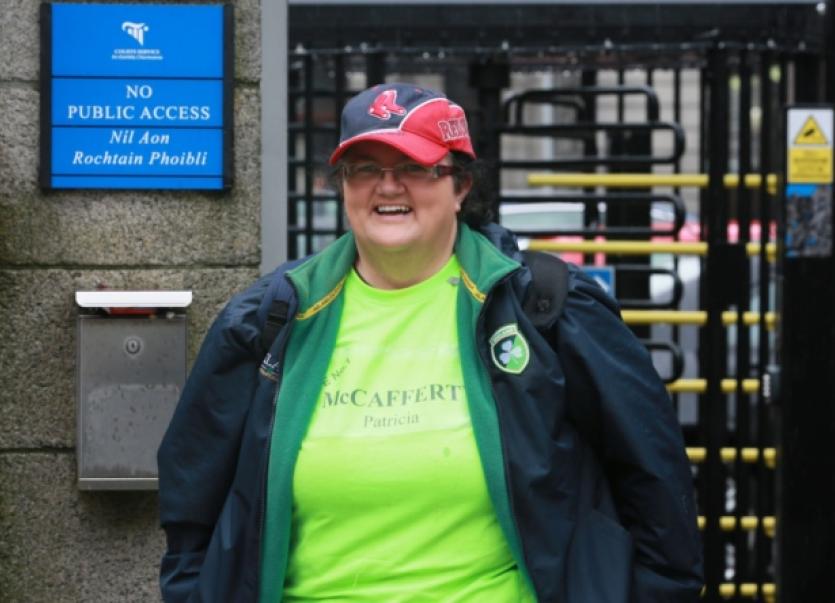 A local election candidate has avoided jail after agreeing to remove allegedly defamatory material she posted on YouTube about Bundoran Town Council.

A local election candidate has avoided jail after agreeing to remove allegedly defamatory material she posted on YouTube about Bundoran Town Council.

Patricia McCafferty, who is standing as an Independent for Donegal County Council, agreed today before Mr Justice Paul Gilligan to remove the posts and cease distributing election literature which Bundoran Town Council also claims is defamatory.

In its action, the Council claims its members and officials have been defamed in the YouTube posts in which allegations of corruption, fraud and intimidation are made by Ms McCafferty, a former traffic warden who was dismissed in 2008 by the Council.

Orders were granted against Ms McCafferty, Rockingham, Main Street, Bundoran on May 1st last by the High Court directing her to remove the YouTube posts and also remove large signs in the town alleging members and officials in the Town Council are corrupt.

The Judge ordered that she be arrested and brought before the court to answer claims of contempt of orders directing her to remove the video clips posted by her.

The signs had been removed but the footage was still online when proceedings commenced before the High Court today.

Ms McCafferty had not been arrested but was in court today, representing herself.

Calling herself “a whistle blower”, she said she would comply with the orders “under protest”.

She intended to appeal the High Court order, as she does not accept the materials are defamatory and claimed “it’s the truth”.

She apologised for her absence last week, saying she’d written to inform the court that she could not attend.

Ms McCafferty undertook “under protest” to remove the YouTube posts and to stop distributing the relevant election literature, after the Judge found that it was also in breach of the orders.

She called the court’s decision “a damning indictment of what whistle blowers go through”.

The court adjourned so that she could remove the online footage.

On resuming, the Judge said the contempt issue was concluded.

He awarded costs to the Council, but put a stay on the order pending the outcome of the defamation case.

He also directed the Council to serve a full statement of claim within 21 days.