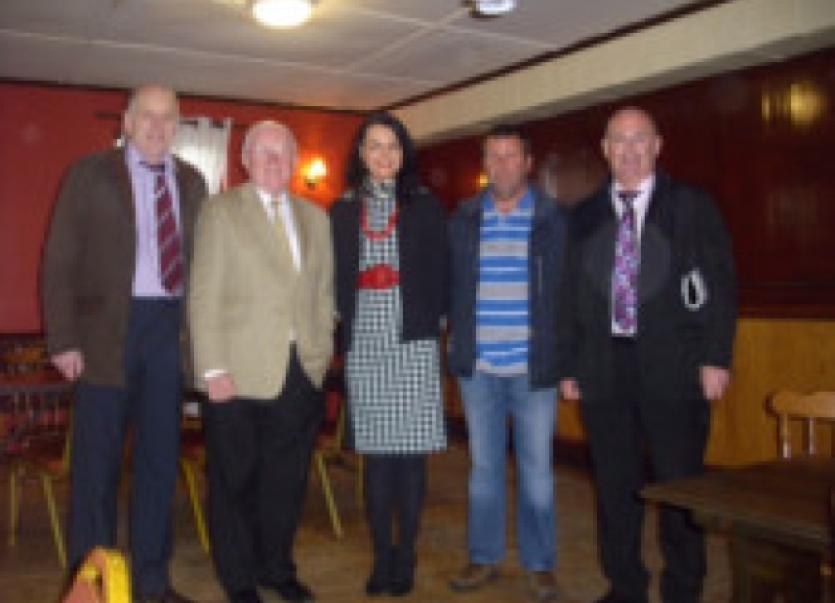 Donegal ICSA (Irish Cattle and sheep Farmers Association) hosted a meeting for all candidates in the Donegal Co. Council election.

Donegal ICSA (Irish Cattle and sheep Farmers Association) hosted a meeting for all candidates in the Donegal Co. Council election.

The meeting was a huge success with over 20 candidates present and also Pat the Cope Gallagher who is running again for Europe.

The meeting was chaired by ICSA National Treasurer and county chairman Malcolm Thompson, with the administration work for the meeting being the responsibility of newly elected ICSA Donegal secretary, William Mc Girr.

Pat the Cope gave a very interesting presentation on European matters focusing on the Common Agricultural Policy and possible trade deals which could affect Irelands agriculture position. He was extremely critical of the burden of burocracy in the new CAP whose objective was to reduce burocracy not increase it.

The meeting indicated very strongly that all ICSA members present were worse off under the new CAP despite Donegal’s slightly increased share of the funding and felt strongly that our members’ interests were not protected by the deal. Pillar 2 seems headed in the same direction with large grain and dairy farmers being the main beneficiaries.

Council candidates were eager to please with full support being given to the ICSA stance on electric poles and lines in the Stranorlar to Ballindrait area.

Chairman Malcolm Thompson told the meeting how the ESB had indicated to him that they would not negotiate with farm organisations but only with individual farmers. “This flies in the face of fairness and tries to deny farmers the power of collective bargaining,” he said. His message to the ESB was loud and clear “there will be no agreement on electricity lines until there is agreement with ICSA.”

The situation on pollution was also highlighted and it was pointed out that farmers could go to jail for pollution whereas the council themselves had isues with pollution. ICSA made it clear that they did not condone pollution from any source but wanted a level playing field, and equal treatment of all who pollute our waterways, roads and beaches.

Candidates also wanted to see equity with the beef processors and applauded the ICSA call for a “Beef Regulator” to ensure fair play.

The meeting concluded with Secretary William Mc Girr thanking the candidates for showing up and thanking the ICSA committee for their help.