Show of support for proposed rehab centre at Ballyconnell 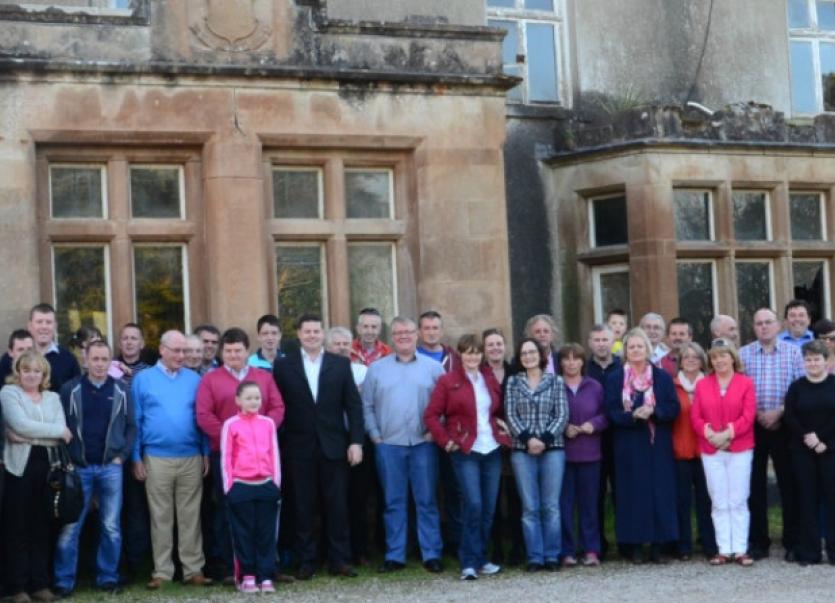 More than 90 people gathered in Falcarragh on Sunday in support of an alcohol addiction rehabilitation centre proposed for Ballyconnell House.

More than 90 people gathered in Falcarragh on Sunday in support of an alcohol addiction rehabilitation centre proposed for Ballyconnell House.

The Falcarragh Tourist and Traders group organised the gathering in response to a protest and petition-signing on Friday over potential development of a Cuan Mhuire alcohol addiction centre on the site.

However, there have also been calls for more transparency surrounding the process.

Mr. Curran said he had been working on the development since joining the Údarás board. He said community support for the project would be, “a critical factor in the success of an initiative such as this”.

Organisers of the gathering said supporters spoke of the potential for the development of the house and grounds, job creation and what they called the broad community welcome for the facility. A Cloughaneely Golf Club representative told the gathering that the club supported the development.

Mr. McClafferty said he welcomed the jobs and the care the facility could provide to people in crisis and Cllr. Ó Domhnaill spoke of the importance of getting a project for Ballyconnell.

Speaking yesterday, Cllr. Ó Domhnaill said Údaras “need to work with the local community, community groups and any organisations that are prepared to take Ballyconnell over and create emmployment in the area”. He called on Údarás to hold a public meeting to discuss the current status of the Cuan Mhuire project as well as any plans Údarás have for the vacant factory unit in the Falcarragh industrial estate.

Cuan Mhuire is Ireland’s largest voluntary provider of rehabilitation treatment for people suffering from addiction, with five centres in Limerick, Cork, Kildare, Galway and Down.

At a protest and petition-signing on Friday at Falcarragh crossroads, organisers said that in one hour more than 30 people signed a petition calling for more spending for cultural tourism and for greater debate over the project. They said some people said they were afraid to sign “for fear of being punished by Údarás” if they were to apply for funding.

There have been other calls for debate. Speaking to the Democrat this week, Owen Curran, a leader of Can’t Pay, Won’t Pay in Cloughaneely, said he was not opposed to the project itself, but said there should be more transparency in the process.

Local Sinn Féin candidate, John Sheamais Ó Fearraigh, said Sinn Féin would welcome anything that brings jobs to the Gaeltacht. But he said he wanted clarity on the project cost and the number of jobs it would create.

A Údaras spokesperson said that in 2004 and in 2007 Údarás sought tenders from parties interested in acquiring Ballyconnell for commercial use, but the board did not approve any proposals arising from those processes. In 2008, Údarás received enquiries from Cuan Mhuire. and at a 2012 meeting, Cuan Mhuire representatives described their proposal, said a feasibility study was under way and invited any interested parties to visit Cuan Mhuire centres. Talks between Údarás and Cuan Mhuire are ongoing.

The spokesperson also detailed Údarás and community involvement in Ballyconnell in recent years (see story, below).