A strong new programme for babies and toddlers 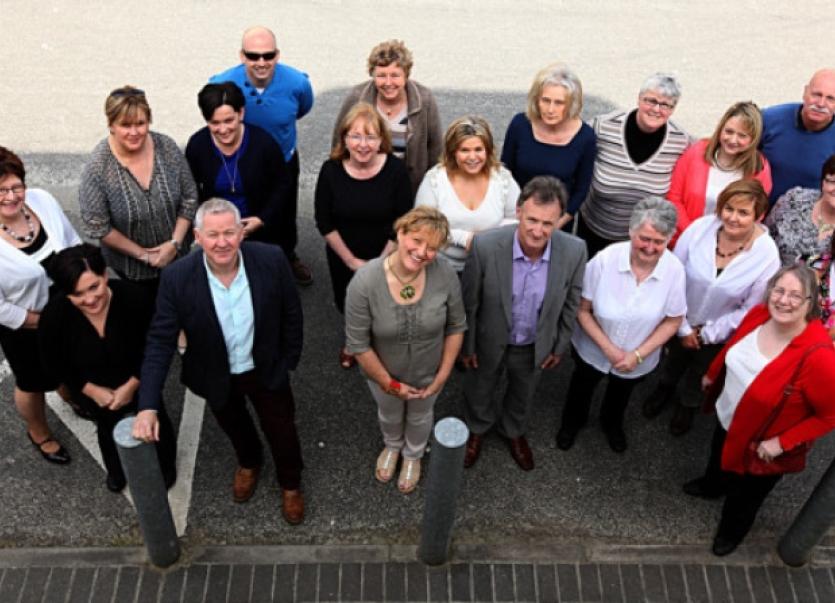 Donegal’s family resource centres (FRCs) are coming together to offer a programme of free activities for babies and toddlers this year.

Donegal’s family resource centres (FRCs) are coming together to offer a programme of free activities for babies and toddlers this year.

While the centres have had a close working relationship, the county’s FRC managers have met monthly for the past 18 months, working more closely to build their collective strengths.

The new initiative, one of 16 in the country funded for children up to age 3 this year by the Katharine Howard Foundation, will see free activities for babies and toddlers provided at each centre, such as baby yoga, baby massage, messy play, musical play and paediatric first aid.

“In the past we would submit individual applications, but by working together we’re standardizing the work we do, so every family resource centre will deliver a similar type of programme,” Mary Crossan, manager of St. Johnston and Carrigans FRC, said.

FRCs were established in Ireland in 1994 to support families, combat disadvantage and promote social inclusion. They provide education and training, counselling, recreational activities, health and other services for all ages to support “family in all its diverse forms”, Mary said.

FRCs are also part of a new organisational restructuring under the new Child and Family Agency, or Tusla, which came into being in January. Tusla comprises HSE Children and Family Services; the Family Support Agency, which oversees Ireland’s FRCs; and the National Educational Welfare Board.

Recently Bill O’Dea, chief executive of the Family Support Agency; and Maria MacInnes, local area Pathways manager for Tusla; met the nine Donegal FRC managers at the Mevagh FRC to discuss how they can best work together. Speaking later, Mr. O’Dea highlighted the importance of the community-based nature of the centres.

Over the years, FRCs have built up skills in strategically targeting people most in need; each centre is autonomous with its own management committee, which enables them to identify needs on the ground. For example, the proposal for the new babies and toddlers programme came from FRCs identifying needs and families within their own communities, said Kate Morgan, Downstrands FRC manager.

The idea behind the new project is to target people who aren’t engaged in parent-toddler groups, to involve them in something interesting and to introduce them to the other services the centres provide, she said.