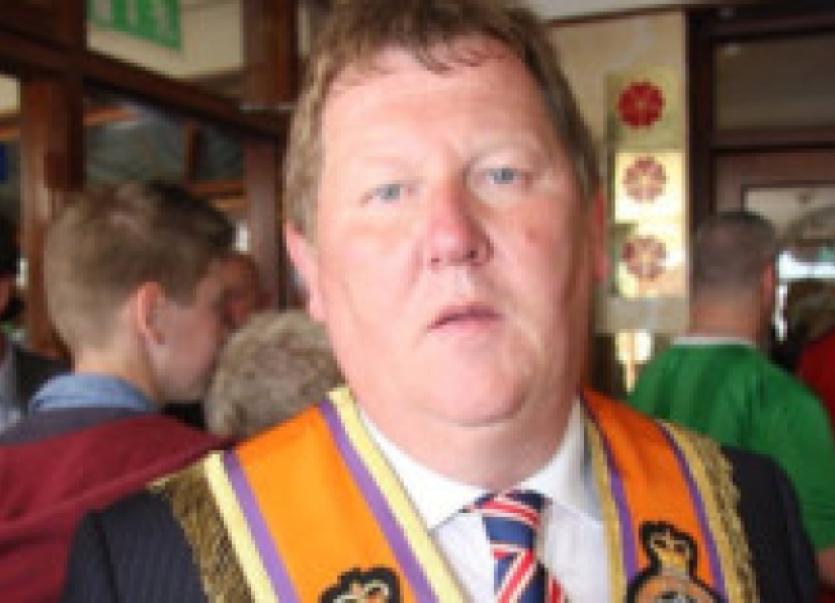 The Orange Order have issued an invitation to Republic of Ireland President, Michael D. Higgins to attend next year’s 12th of July parade in Rossnowlagh.

The Orange Order have issued an invitation to Republic of Ireland President, Michael D. Higgins to attend next year’s 12th of July parade in Rossnowlagh.

The invitation to President Higgins was made on Saturday in Rossnowlagh by Edward Stevenson, grand master of the Grand Orange Lodge speaking in Rossnowlagh.

David Mahon, grand master of the Oroange Order in Donegal said he was delighted that the invitation had been made and looked forward to seeing President Higgins in Rossnowlagh next year.

Citing a series of historic events, most notably the visit of Queen Elizabeth to the Republic in 2011, Mr Stevenson said it was against that background that he was now inviting President Higgins to next year’s Twelfth demonstration at the Donegal seaside resort.

Mr Stevenson, prior to issuing the invitation, explained the background to issuing that invitation: “The Orange Institution in the Republic continues to thrive, and earlier this year I had the honour of re-opening Ballintra Orange hall following major refurbishment. Such facilities offer a social lifeline, particularly in rural communities, in the border counties and, indeed, are used as meeting places by numerous other organisations and community groups.

“Orangemen and women have consistently demonstrated they want to play a full role in the civic society of this country.

“Conversely, we also want those in the corridors of power in Dublin to recognise and value the contribution of the minority Protestant community to wider society in the Republic of Ireland.

“Two years ago, our Grand Secretary Drew Nelson made a landmark and historic speech in the Irish Senate in Dublin. In a thoughtful and candid address, Mr Nelson spoke of the challenges facing all of us as we move forward together, and despite the horror of the sectarian campaign carried out in the name of Irish republicanism, underlined the Orange Institution’s genuine desire to see a normalisation of relationships on these islands.

“No more so was this illustrated by the momentous state visit of Her Majesty the Queen, here to the Republic in 2011. During her trip, the Queen visited sites of significance to Irish nationalism including the Garden of Remembrance and Croke Park in Dublin. Such gestures of reconciliation were hugely symbolic and carried out by Her Majesty with great decorum and respect.

“It is against this backdrop, and from this platform today, that I publicly invite the President of the Republic of Ireland, Michael D Higgins, to join us and witness for himself next year the colour and spectacle of the only Twelfth demonstration in this jurisdiction.

“You will be made most welcome here in Rossnowlagh, President Higgins, and I trust you will accept the genuine invitation in the spirit of good will and neighbourliness in which it is intended.

“In your inaugural speech, you spoke of a ‘common shared future built on the spirit of co-operation’, about ‘equality’ and ‘respect for all’.

“What better way to make such words a reality by reaching out in a hand of friendship to the minority Protestant community in the Republic; the symbolism of which would have positive ramifications beyond the boundaries of County Donegal.”

Earlier Mr Stevenson said it is “always a pleasure and a privilege to return to the Atlantic Ocean coastline for undoubtedly the most serene and scenic annual Orange demonstration.

“The large numbers both participating and lining the route today, many having travelled long distances, confirms the special resonance the Rossnowlagh Twelfth continues to have for the entire Orange fraternity as we celebrate our proud cultural heritage. There is no better prelude than this wonderful occasion to our yearly Battle of the Boyne celebrations this month.”